You are here: HomenextPlacesnextHampshirenextBourne Valley Fellowship 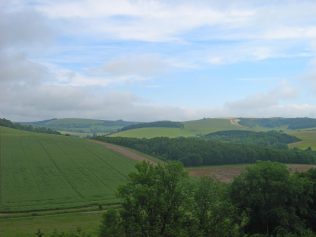 zoom
The Bourne Valley between Combe and Linkenholt

I am interested in discovering places where the early beliefs and ethos of Primitive Methodism were retained or renewed in the years following the Methodist reunion of 1932. The Bourne Valley Fellowship seems to me to be one example, and I would be very grateful to any readers who can tell me about similar movements, events and personalities elsewhere. Already some additional information can be seen on the website www.primitivemethodism.com.

The Bourne Valley, as related in my The great River: Primitive Methodism till 1868, was one of the first parts of northern Hampshire to be penetrated by the expanding movement in the 1830s. Eventually all the chapels were Primitive except one Wesleyan.

Peter Hooks (born 1934) arrived as a Methodist pastor in the Andover Circuit with responsibility for the Hurstbourne Tarrant section, in 1955. The churches of which he had oversight were Hurtsbourne Tarrant, St Mary Bourne, Stoke, Upton, Ashmansworth, Littledown, Wildhern and Vernham Dean – all former Primitive Methodist. His father Alec remained on the local preachers’ list at the age of 100, in 2005, though no longer taking services.

At St Mary Bourne chapel was a farmer, Jim Pond of Breach Farm. In the same general period as Pastor Hooks’s arrival, there Joe Bush, an evangelist to village children, gave regular tent missions. Another tent evangelist, Sandy Thompson, visited the village. Kilby also reports evangelistic visits by a Methodist colporteur from Andover, who is presumably the Christian colporteur whom Peter Hooks names as Oliver Hopkins.

These deaconesses spent time at St Mary Bourne, Stoke, Hurstbourne Tarrant and Vernham Dean before going to Littledown, and I am sure would have been supported by the prayerful, supportive genuine Christians.

I have this morning[1] spoken to the only person that is still alive that made a response during the mission at Littledown. The mission made a deep impression on the friends at Littledown starting a Thursday fellowship and a Sunday morning Prayer meeting. Edgar Brooks, a local farmer, was part of this Littledown fellowship.

Ernie Hopkins began a singing group with the purpose of supporting evangelistic meetings, especially welcoming singers who could give a testimony of evangelical conversion. Peter Hooks writes concerning Ernie Hopkins:

He started a Youth Fellowship for all the young people in the valley. This was very successful and attracted young people from all the local Methodist churches.

In 1959 Peter Hooks moved to Whitchurch, and recalls:

As we got more involved with the running of the youth work we organised special evangelistic efforts and campaigns. Evangelists from Cliff College and other denominations came and the young people made commitments and needed follow-up. We met with the young people on Monday and Sunday evenings each week in Whitchurch. This Monday evening group grew gradually each week…These young teenagers who had just started work, who had no previous involvement in the church, came and asked questions, started to pray aloud, and were converted.

These were very rewarding days, no subjects barred, and we believe God used this time.

In Whitchurch after 1959, involvement was drawn in from Methodist Home Mission evangelists Tom Butler and Herbert Silverwood, as well as from other denominations. Other visiting evangelists were Wesley Loane, Alec Passmore and Steve Wild. Their meetings took place in Whitchurch. People would travel in large numbers to evangelistic meetings in nearby towns, such as Newbury and Whitchurch.

In telephone conversations in October and December 2012, Kilby commented that these people who were desirous of a religion closer to old-time Methodism, were not being fed the traditional teachings in their own chapels. He himself came to the Valley in 1957, aged 22, from his Methodist background in Berkhamstead, and joined the Methodists in St Mary Bourne.

There were annual visits[2] by Joe Bush, an evangelist to village children. Another tent evangelist, Sandy Thompson, visited the village. Kilby also reports evangelistic visits by a Methodist colporteur from Andover, who is presumably the Christian colporteur whom Hooks names as Oliver Hopkins.

Kilby found the Methodism of the Bourne Valley villages different in ethos from the town Methodism to which he was accustomed in Berkhamstead. He recalls the churches as inward-looking, closed in on themselves, and village people in general, including chapel folk, as slow to accept outsiders. Society had been stable for a long while, so that it was common for three generations to be living simultaneously in a village. The oldest generation of Methodists, perhaps born around 1880, knew of ‘the old-time religion’, but the transitions studied in this chapter had widely infected and debilitated the denomination, so that the newer generations, though (in Kilby’s view) converted people, had very little understanding either of evangelical Christianity in general, or of primitive Methodism in particular. Most circuit ministers had been preaching the new theology for decades, and emphasis on the traditional “three Rs” of ruin, repentance and redemption, had fallen very largely into desuetude if not oblivion.

The exception, according to Kilby, was the chapel at Littledown, about half a mile outside the geographical area of this study but in the same Methodist circuit. This society was known to be staunchly Evangelical, and circuit ministers tended to feel ill at ease among them, and to keep somewhat aloof. Credit for sustaining the primitive spirit goes largely to a member called Edgar Brooks.

Here the memories of Kilby and Hooks differ somewhat in regard to the two female Methodist evangelists, Deaconesses Beth Bridges and Pam Cooper, who came to the Valley in 1956, and undertook a week’s evangelism, but the burden of their reports is the same.

According to Kilby, the deaconesses evangelism took place in connection with each of the chapels, starting from the lower end. They enjoyed little or no response till they arrived at Littledown. There a score of people professed faith through their ministry, and a work began – ‘broke out’ in old-time parlance – which spread down the Valley. The people, ill-taught but sincere, were as tinder waiting to be kindled. This mission was the spark.

Hooks however writes as follows:

I would say that in each of the churches there was a nucleus of sincere, prayerful, Bible-based Christians.

By then, however, as Kilby remembers, traditional village life in the Bourne Valley was, in a sense, dying. This is well expressed, concerning England more widely, by John Hibbs[3]: “Until the great changes of the mid-twentieth century… the country chapel was a necessary part of the rural social structure, giving comfort and self-respect to many who were still expected to raise their hats to their superiors, and earn a labourer’s meagre wage… For today the agricultural labourer is the least likely person you would expect to meet in the village, and the labourers’ cottages are now too often second homes for incomers from the towns. Those who once supported the country chapel are among the thousands who have left the land.”

The agricultural labourers of the Bourne Valley were no longer needed because of mechanisation. These labourers had been “the backbone of the chapels”; Methodist families had lived there for generations, but now needed to find work elsewhere. At the same time, whilst previously people had not owned cars, now they became able to drive elsewhere to work or worship, and new families with no links to the chapels moved in as the valley began to fill with commuters.