You are here: HomenextPlacesnextHampshirenextWhitchurch, Hampshire

A new Society is born 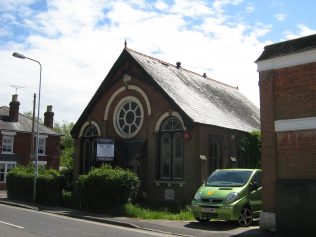 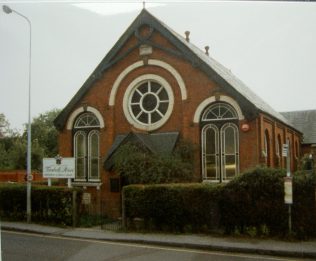 zoom
1902 Whitchurch Primitive Methodist chapel in London Street, as it was in 1990 when it was in commercial use.
Keith Guyler 1990 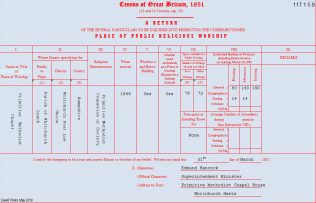 The Primitive Methodist Magazine in 1837 printed the main points of a talk given before the forming of the Society at Whitchurch. It set out the Primitives’ policies of going into the “highways and byways” and not “poaching” from other Christian communions, saying that their

usual plan has been to send out missionaries in all directions, one, two or four in a place, as the circuits were able. These have to take the streets, lanes, fields, wastes, etc., in the towns and villages before them. They have sometimes to live upon the nuts and berries of the hedges; and have to accept, as a favour, a night’s lodging upon a bench, or some chairs, or the fire hearth, with a wisp of straw for a pillow. Sometimes they are not so fortunate as even this, but are bound to wander the roads, downs, fields, or woods until the morning.

In this county, however, we have had to preach, summer and winter, in the streets and lanes, for one, two, and three, and in your own streets nearly four years, before we get a place to hold so much as a prayer meeting.

The talk goes on to emphasise their wish not to encourage people to leave other churches if they have found Christ in them. They desired to bring the Good News of forgiveness and salvation through Jesus Christ to places where people had the least opportunity of hearing the gospel.

George Wallis preached in Whitchurch in May 1833. A large number of people attended, many of whom received him with great kindness. Nonetheless, considerable persecution soon arose and the services were seriously disrupted. William Fowler walked seventeen miles in September in order to preach in the market place. Despite “a volley of abuse” from one person, he preached with great freedom, and afterwards held a prayer meeting in a house.

A society was soon established in the town, and a chapel was built in 1849.

Edmund Hancock reported in March 1851 that, in the Whitchurch Branch of the Micheldever Circuit, the Lord had been pouring out his Spirit upon them for several weeks past. At the 1851 census, the morning service attracted 80 adults + 14 children, the afternoon 130 + 14 children, and the evening service 190.

In 1902 the chapel was replaced by the one shown in the photograph.