You are here: HomenextPlacesnextHampshirenextSouthsea: Sunny Southsea 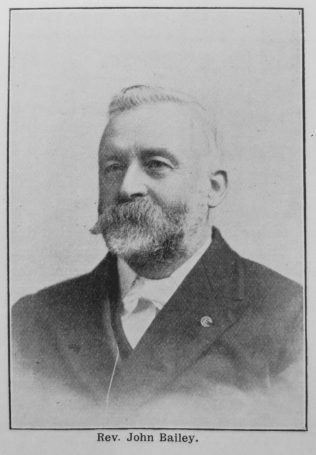 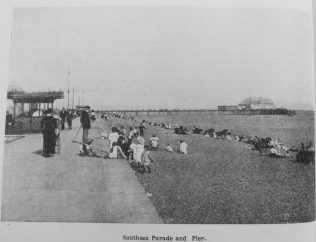 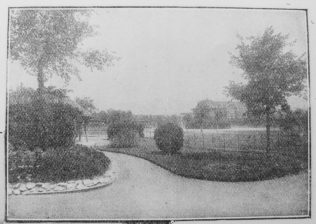 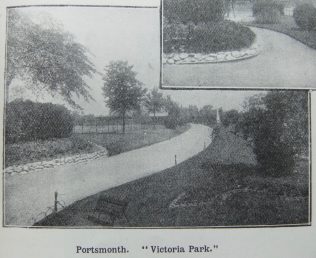 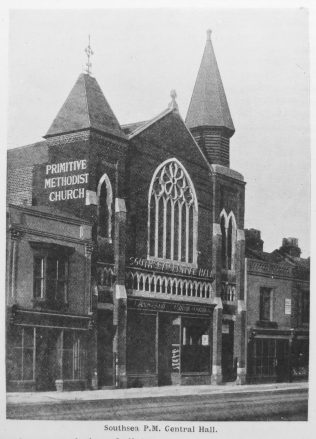 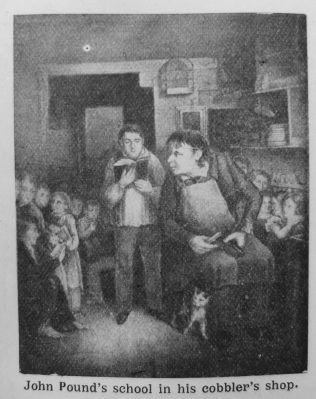 Transcription of Article in the Primitive Methodist Magazine by John Bailey

SOUTHSEA has many attractions. One of its greatest is its very fine stretch of Common, measuring two miles and a half in length, and covering an area of 150 acres. This, probably, partly accounts for the extreme healthiness of this beautiful sea-side resort. Out-door sports of all kinds are indulged in, Holiday seekers are catered for by mild mannered donkeys, ponies and goat chaises. Frequently naval and military manoeuvres may be witnessed on Southsea Common, when large bodies of sailors or soldiers give those brilliant displays only seen in garrison towns.

This fortification was erected by King “Hal” out of the funds obtained by the dissolution of English monasteries. It possesses a lighthouse for the safety of shipping in the Channel. The castle was re-modelled and modernised so recently as 1814. It commands the only point from which Portsmouth harbour can be approached by an enemy’s ships. It underwent extensive alterations in the reign of Charles II, whose arms can be seen carved in stone over the entrance. At this time the castle was used as a state prison. In 1748 the garrison consisted of an old sergeant and three or four men, sold ale and cakes. In 1759 the castle was accidentally blown up. Recently the castle has undergone considerable earthworks enlargement. Perhaps the most stirring episode in the history of Southsea Castle took place when it was captured at three o’clock in the morning by “Roundheads ” of the parliamentary forces in 1642.

The famous anchorage of Spithead lies about two and a half miles west of Southsea Castle, and about the same distance from the mouth of the harbour. The Spithead anchorage is sufficiently safe and extensive to contain the combined fleets of the world. Many wrecks and rescues have taken place in these waters. The wreck of the Royal George, which took place in 1782, will still be talked over by our children’s children. It was neither in a storm nor a battle that this fine British man-of-war was wrecked, but while the ship was being “careened ” for repairs, that she sunk. Some of the guns shifted over, causing the water to rush in at the port holes of the lower deck. She rapidly filled and sunk, and nearly everybody on board perished. There were a few wonderful cases of rescue; notably one – a sheep swam ashore with an infant clinging to its fleece. In memory of this awful catastrophe, William Cowper, the Olney poet, wrote his immortal poem to the music of the march of Handel’s “Scipio,” in the same year.
“Toll for the brave!
The brave that are no more;
All sunk beneath the wave,
Fast by their native shore.

Her timbers yet are sound,
And she may ?oat again
Full charged with England’s thunder,
And plough the distant main.

But Kempenfelt is gone,
His victories are o’er;
And he and his eight-hundred men
Shall plough the wave no more.”

A monument to the victims of this terrible disaster is to be seen in the south-east corner of St. Mary’s churchyard, Kingston.

The asphalted walk which crosses the common behind the Castle, and running nearly parallel to the Clarence Parade, is known as the Ladies’ Half-mile. Here It is that beauty and fashion disport themselves after church on Sunday mornings.

This pier is conveniently situated for the visitors and residents of East Southsea, and not far from the Southsea railway station. There is a fine stretch of beach on either side, on the western side to the Clarence pier, about a mile and a half ; and on the Eastern side for about three miles to the ferry which crosses from Hayling Island. The pier is about 500 feet long, and possesses a pavilion that will accommodate 1,000 persons. The South Parade Pier is much frequented by anglers, and those who avail themselves of short sea trips to the Isle of Wight, Bournemouth, and elsewhere in the beautiful steamers that call there. We present our readers with a very beautiful photograph of this handsome pier, and also of the Victoria Park.

The beautiful canoe lake, nestling among gardens, presents a very animated appearance in summer time. Almost numberless small yachts and model boats are floated on its surface. There are excellent tennis lawns near the lake. The original and handsome drinking fountain just outside the gardens is a memorial to Alderman Emanuel, the first Jewish member of an English municipality.

For nearly a quarter of a century our beloved Church made little, if any, appreciable progress in this fashionable and rapidly advancing part of Portsmouth. It was contented with one church in Somers Road and a small brick building in Albert Road for many years. Eventually a new iron church was erected in front of the small brick building, which had been purchased several years before from the Bible Christians. It was thought if Primitive Methodism were to make anything like the progress it had made in other towns it must enter upon a new regime. Sanction was therefore sought through the proper Connexional courts for Albert Road society in Southsea to be made into a separate circuit or rather pastorate. A special application was made to the South Front Church, Southampton, to relinquish its pastor – the writer of this article – with the result that he was appointed by the Bristol Conference in 1900 to the Portsmouth II Circuit, which consisted of one little church, worshipping in an iron building, with a membership of sixty-five, including the Christian Endeavour Society, and a congregation of perhaps from eighty to hundred. Plans were obtained for two handsome shops, schoolroom, vestries, &c., and a large hall in the amphitheatre style, with semi-circular seats, at a cost, including the value of the land, of nearly £3,500. During the time of the erection the Church worshipped in the Rosebery Hall, hired for the purpose. The opening services, which lasted about two months, commenced in February of the present year. The President of the Conference for the current year, the Rev. H. Bickerstaffe Kendall, B.A., preached the opening sermon, and the Rev. A.A. Green, Jewish Minister of West Hampstead, an old friend of the Pastor’s, was the principal speaker. The deputy Mayor presided – who nearly a year before, whilst Mayor of the borough laid the memorial stone – the Rev. R. Bryant, General Book Steward,  giving the usual address. On the first Sunday the pulpit was ably occupied by the present Connexional Editor. The hall was crowded the first Sunday night, and has been full every Sunday night since. The membership has been more than doubled and the congregation has been more than twice doubled. The Sunday School has recently added ninety-two scholars to its roll. There is a magnificent prospect, with fair chances, for this Church, and already Primitive Methodism is beginning to take a fair share in the administration of Free Church principles in the town. A new mission is contemplated almost immediately in a rapidly-growing suburb of Southsea, where there is almost a new township of 10,000 people with very little religious accommodation, and no Primitive Methodist Church within a mile and a half or two miles.