How Primitive Methodism came to Andover 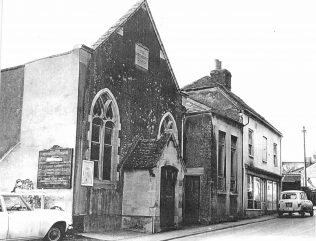 zoom
Primitive Methodist chapel in East Street, Andover, just prior to its demolition in 1967. 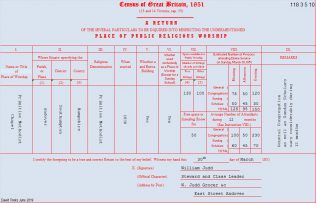 Andover was missioned from the Shefford (later renamed Newbury) Primitive Methodist Circuit in 1833, when it was a town of some 6000 inhabitants. This was part of the opening of a new area.

George Wallis, aged 21, was appointed to begin missionary operations in the vicinity in the spring of 1833. He first visited Andover on the morning of Sunday 5th May accompanied by friends from nearby villages. They conducted a service in the Walled Meadow, and a great number of people came together, some to listen, some to cause disturbance. Several were drinking and swearing in the midst of the gathering, but Wallis preached with freedom amid the uproar, and announced his intention to return the following Sunday.

This time he met with more determined opposition. A gang forced their way among the congregation and knocked him down. Eggs and dirt were thrown at him; the mob rushed at him crying “Kill him, kill him,” but he escaped. The following Sunday morning he returned, met Mr W. Wiltshire and members from societies in surrounding villages, and with them began to sing in the market place. People threw rotten eggs, shouted, and pushed violently. The beadle intervened, seized Wallis by his collar, and escorted him down the street followed by the roaring mob amidst cries of “Away with them!” and “Throw them into the river!” As they were being dragged away by the beadle and constable, the mob struck them with besoms and sticks and tore their coats. When the preacher found shelter in a house, the mob turned on his supporters from the villages and drove them out of town, beating both men and women and tearing their clothes.

William Fowler was appointed by the 1833 September Quarter Day meeting to work with George Wallis in the Andover Mission.

In 1836 the Primitive Methodist Magazine reported that six members of the Andover branch had been illegally imprisoned merely for standing on waste ground to listen to the preaching. But by March, 1837, the society had acquired such stability and strength that the Andover mission was made into a separate circuit. The Society purchased land on which were old buildings, for the erection of the chapel and preacher’s house.

The work throve. The 1846 Magazine reported a course of evangelistic meetings at Andover, Wherwell and elsewhere attended by crowded  congregations. Several people were brought to the enjoyment of peace with God through our Lord Jesus Christ; the flame of evangelistic zeal was rekindled in the hearts of rich, poor, male and female and the converting work was progressing encouragingly.

The picture shows the Primitive Methodist chapel in East Street, Andover, just prior to its demolition in 1967.