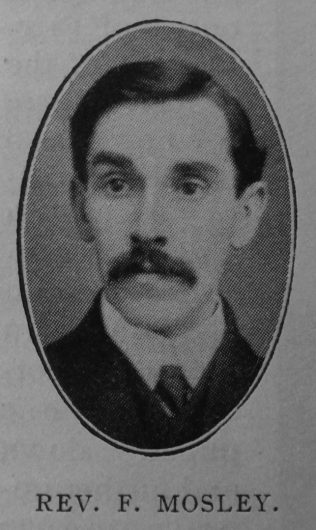 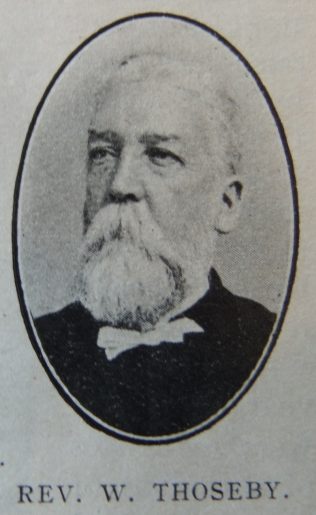 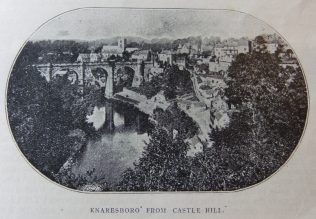 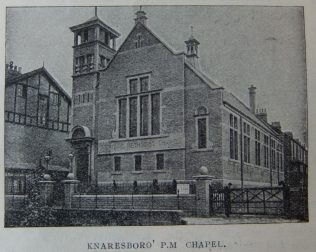 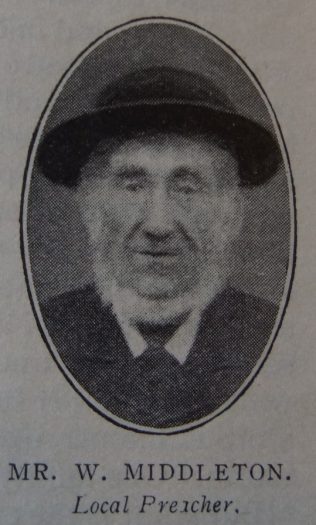 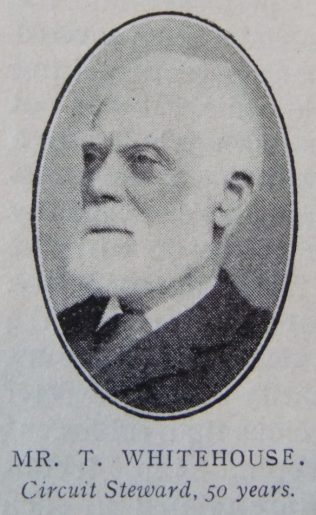 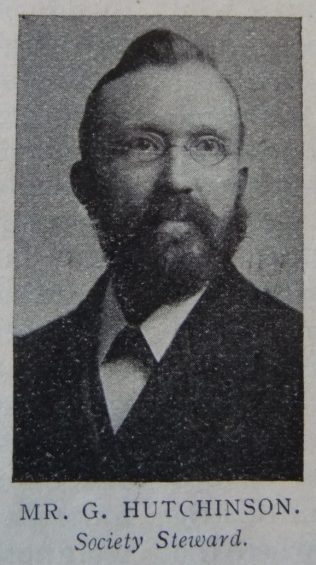 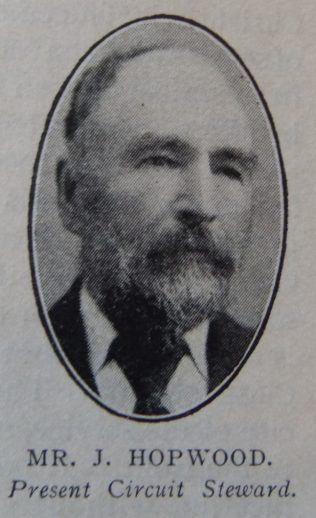 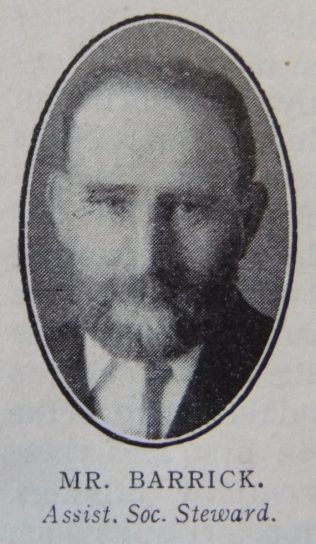 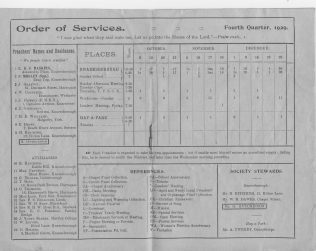 Transcription of Article in the Christian Messenger by Rev. F. Mosley

‘The town of Knaresborough is situated on an elevation of limestone rock on the left bank of the river Nidd.” Its history is said to date back to the second century. It is mentioned in Domesday Book as a Saxon Manor, and it was created a royal borough in the time of Henry I. From 1553 until 1867 it sent two members to parliament, but in the latter year the passing of the Reform Bill deprived it of one of its representatives. Since the passing of the Redistribution Bill in 1884, it has been merged in the Ripon Division.

At one time Knaresborough was a famous health resort; and during the last few years its bracing air and its many objects of interest have attracted visitors and tourists from all parts of the country. The magnificent ruins of its castle; the famous Dropping Well; Mother Shipton’s Cave; Fort Montague; St. Roberts Chapel, and Eugene Aram’s Cave, are all places well worth visiting.

Then, too, the view of the town and river from Castle Hill could not easily be surpassed for beauty.

Our pioneers must have found Knaresborough difficult ground to work, for although William Clowes formed a society here as early as 1819, our Church was worshipping in a cottage as late as 1850. There has been no record preserved of the years intervening between these two dates, but they must have been years of hardship and struggle. Those who were associated with Primitive Methodism in the early stages of its existence, were reluctant to relinquish ground once occupied by them, and the tenacity with which they held on in this old town was at length rewarded.

About the year 1850 there were evidences of a revival of interest and activity. The society then worshipped in a room in Savage Yard, one of the least inviting localities in the town. This room had been occupied as a dwelling house, and was reached by ascending a long flight of steps. Mr. T. Whitehouse, who was a member of our church at this time informs me that he has very pleasant recollections of many grand meetings which were held there, and he remembers many earnest God-fearing men and women with whom he there associated.

In 1854 the room in Savage Yard had become inadequate to the needs of the growing society, and it was determined to venture upon a forward movement. So a new chapel was built at the top of Briggate the same year at a cost of £350. This first chapel was a most unpretentious building, merely consisting of four square walls, and it was not by any means furnished in an up-to-date style. Then, too, the acoustic properties were bad, and, three years later it was found necessary to make some alterations. Accordingly a gallery was put into the building and the lower part was used as a schoolroom and a dwelling-house. These alterations entailed an additional outlay of £150. In front of the chapel there were two thatched cottages which almost concealed it from view, and in 1863 these cottages were pulled down and further improvements made. The attendance at the services now increased so rapidly that in 1868 the schoolroom and cottage on the ground floor had to be added to the chapel to accommodate the worshippers.

No further change of importance was made until 1901, when the Rev. W. Thoseby, with a courage that refused to reckon with difficulties, secured the ground on which our present church stands. No better site could have been found in the town, and the results of Mr. Thoseby’s bold venture have justi?ed the undertaking. The present Trust Estate comprises a church which seats 350, a commodious schoolroom, and two dwelling-houses. The entire cost was £4,350, and though the trustees had no money in hand at the time the site was purchased, the debt at the present time has been brought down to £1,550. In 1907 an organ was installed at a cost of £390, and it was paid for the following year, Mr. Carnegie giving us £175. No church ever had a band of more loyal and devoted workers, and to-day our position in the town is equal to that of any of the Free Churches.

Knaresborough, together with nine other places became a separate Circuit in 1862. Four of these have since been taken into the Ripon Circuit. Harrogate, which figures as the fifth place on the plan for 1862, about ten years later became the head of a new station. There are now only four other preaching places on the plan, viz., Spofforth, Whixley, Arkendale and Hay-a-Park.

Unfortunately our hold upon these villages is gradually weakening. This is a purely agricultural neighbourhood, and when our young people become old enough to work, they are compelled to seek employment elsewhere. At one time were eleven local preachers at Spofforth, and at both Whixley and Arkendale we had vigorous causes. Whixley sent the Rev. G. Annakin  into the ministry, and there are many stalwart supporters of other churches in the Connexion, who were converted and trained for service at Whixley. It is impossible to calculate the influence which these village churches have indirectly exercised upon the work which is now going on in some of the larger centres of activity in our Church.

At the present time, however, we are only just keeping the door of one or two of our village chapels open. Our officials are hoping that the Government will bring in a drastic measure of Land Reform, which will bring a few families into the neighbourhood who are interested in Primitive Methodism.

This seems to be the only hope we have of retaining a permanent hold upon these places. But with Knaresborough the case is different. Here we have a church full of promise, and our members are longing for the day to come when they will be released from their present financial difficulties, so that they may more fully devote themselves to the real work of a church.

It would be impossible in the space remaining at my disposal to do justice to the personnel of this station. Mr. T. Whitehouse was the first Circuit Steward appointed on the station, and he held the position for nearly fifty years. He is still with us, and is held in high esteem by all who know him. Since his retirement the office has been filled by Mr. J. Hopwood who is most loyal and devoted to the church. The name of the late William Atkinson will long be cherished on the Circuit; and Messrs. J. Elliott, W. Middleton, J. Grafton and Mr. and Mrs. G. Nassan have given of their best for half a century. The Rev. W. Thoseby gave his life for our church in Knaresboro’, and since his death his family has rendered invaluable service. The Rev. C. Hirst lives in our midst and though he is interested in our work his affliction prevents him from sharing it.