formerly in Shaftesbury and Gillingham circuit 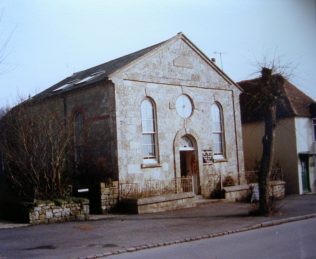 zoom
The chapel in 1992, when it was being used as an antique showroom
Keith Guyler 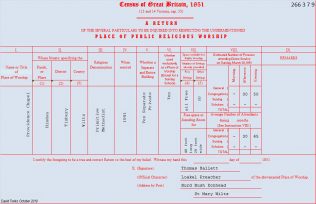 The first Primitive Methodist Chapel in Hindon was opened in 1840, west of the upper part of the High Street. There was great local objection, and when the farmer locked the gate into the field, it was built at night, the plot being accessed over a stile.

By the return from Langford Primitive Methodist chapel in the 1851 Census of Places of Public Religious Worship attendance in the afternoon was 30 worshippers and in the evening 50 worshippers. The return was completed by Thomas Hallett, loakel (sic) preacher of Burd Bush Donhead St Mary. He names the chapel as Providence chapel and dates it from 1841

In 1898 the Chapel was completely rebuilt in the lower High Street. It closed in April 1981.