The chapel (now demolished) was built in 1867 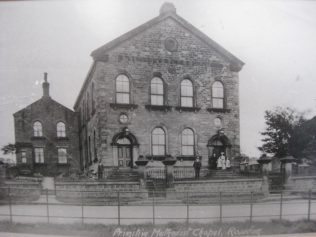 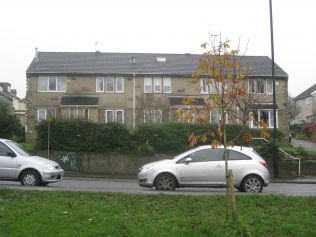 William Clowes preached in Rawdon on Wednesday January 30th 1833. While there he visited no less than 50 families.

Before the large chapel was built the Primitive Methodists met in a small building in Canada Road. It cost £300.  It is now two private houses. In 1867 the large stone built chapel was erected. It had a caretaker’s house at the side.  Locally it was known as ‘Rigg’s  Chapel’ as the Rigg family (local butchers) had a great deal of input into the building. It closed in 1973 and the land was sold for building.

The opening of the chapel in what is called Rawden  in January 1867 is described in the Primitive Methodist magazine by H Leigh.  It’s a much more detailed account than normal, containing fascinating detail , from the decoration on the ceiling to the gas lighting on the principle of equal distribution, from heating the chapel by hot water  on the Perkins Principle to the gift of a clock “by Mr. J. Eastham, Yeadon, with promise to repair it while he lives”

You can read the full account in the attached document.