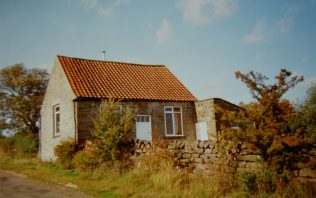 The small Primitive Methodist chapel at Rudland in Ryedale Circuit held 50 people.  It was opened in 1874 and served until closure in the 1960s. It was then converted into a cottage.

Given its isolated position, you ask yourself “Where on earth did the congregation come from?”