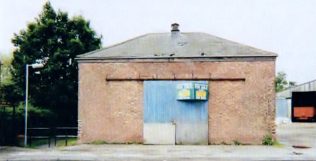 The first Primitive Methodist chapel at Riccall was built in 1857. It stood between Elston House and Dunelm Farm. The total cost was about £250, ‘above half of which has been begged’.

Primitive Methodism had come to the area as early as 1819, from William Clowes’ mission base in Hull. William Evans visited the village in 1821 and John Clewer in 1822. By 1836 Riccall had a society of 10 members, which had increased to 21 by 1845. In 1851 there was a congregation of about 30 people, who met in a house, possibly at Glade Farm, the  home of the Leaf family. The Society Steward was William Bulmer, the great grandfather of Vic Clark, who was himself Society Steward at Riccall Methodist Church for over 54 years, and was present at the 150th anniversary service on 6 July 2014.

Relationships between the Primitives and Wesleyans had always been good, and after Methodist Union in 1932 they were quick to join up.

The chapel was requisitioned as a lecture theatre for the troops during World War II, and worship moved to the Wesleyan chapel. When the war ended, the chapel was sold for use as a warehouse. It was finally demolished in April 2000, when the are was cleared for development.

The 150th Anniversary Souvenir Booklet of Riccall Methodist Church, 1864-2014: reviewing over two centuries of Methodism in the village of Riccall

Editor’s note: thanks to Richard Moody, Circuit Archivist, who has donated a copy of the Souvenir Booklet to the Library at Englesea Brook Museum.