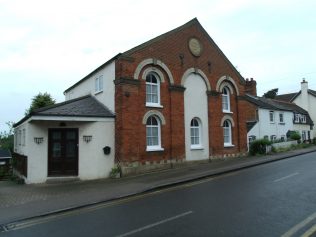 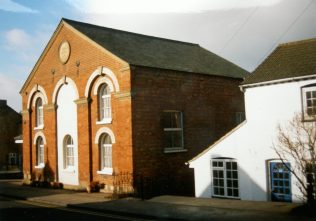 Aspley Guise is situated on Aspley Hill, part of the Greensand Ridge. This part of the village was known as Hogsty End, later renamed Woburn Sands. It is close to Watling Street and on the Bedford to Bletchley Railway.

The first registration of a Primitive Methodist chapel in Aspley Guise was made on 27 November 1849 by Henry Yeates, minister in Newport Pagnell. Other names mentioned are; Benjamin Herbert and William Mayne.

The 1851 Religious Census return was made on Sunday 30 March. A return for Aspley Guise PM  was made by James Ford, minister. This stated that the building had been erected in 1849 and had 100 Free Sittings and 60 Other. The General Congregation that day was 70 in the afternoon and 100 in the evening.

In The story of Aspley Guise, Joan Christodoulou states that ‘it was two tradesmen, miller Durrant and timber merchant Whitlock who carted all the materials for the new chapel.

The former Aspley Guise PM chapel closed in the 1960s and Aspley Hill became part of Buckinghamshire in 1965.