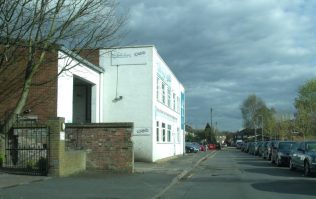 In a return made by Richard Tearle, the 1851 Ecclesiastical census states that a Primitive Methodist chapel in Houghton Regis had been erected in 1844. There were: 180 Free sittings. The attendance on that Sunday, 31 March was:

This Chapel was Registered for worship by Richard Tearle who was described as being of Houghton Regis, plait dealer (Society Steward) on 3 January 1861. However, the Registrar altered ‘Society Steward’ to ‘attendant’. This registration was cancelled on 12 May 1896.  A Bazaar ‘for the sale of fruit and vegetables’ held in October 1855 raised £10.

On Good Friday 1862, the foundation stone was laid for a new PM chapel. Rev R Cheeseman was the preacher of a sermon described as ‘powerful’. The new chapel was opened on 14 September 1862 when the preacher at 2 services was Danzy Sheen, whilst Rev P Davis preached in the afternoon. On the following day a reach was held for 250 people in the National School. On this occasion ‘Addresses were delivered by Mr G Hunt, chairman, the Revs F Davis, Langham, J Fuller and other friends.’ This new chapel was registered for worship on 28 March 1863 by Thomas Huckle of Luton, bonnet manufacturer (trustee)

Houghton Regis PM was located in King Street. The Luton Times and Advertiser 4 October 1878 noted that a Bazaar had been held in Houghton Regis PM, raising £34 2s 4d to help reduce the debt on the chapel may suggest that money was a continuing issue. The same newspaper on 31 August 1894 reported that special services were held over 3 days raising £34 in aid of renovation of the chapel that had been carried out costing £45 15s.

Mission was a continuing feature. The Luton Times & Advertiser reporting in October 1866 of a special service held by the PM’s in the larger Baptist Chapel when Miss G Hooper of Bath was the preacher. The report stated ‘this young lady preached.to a crowded congregation, exhorting her hearers, as her manner is, with all earnestness and affection to flee from the wrath to come.’

In The Dunstable Methodist Circuit, One hundred and fifty years of witness, Colin Bourne notes that there is a reference in the Primitive Methodist Magazine of 1915 to Houghton Regis PM receiving ‘abundant help’ from Mr Alfred Bird of Chalton who was a ‘prominent member of the Wesleyan Church’.

The registration for worship at Houghton Regis PM was cancelled on 4 September 1935.