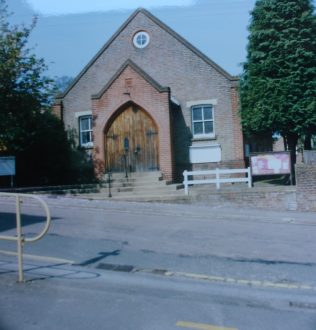 How End Primitive Methodist chapel was in the hamlet of How End (sometimes Haw End) in the south-west of Houghton Conquest parish.

It was opened in 1871 and accommodated a congregation of 40.

At the time of Keith Guyler’s photograph in 1989  it  was in use as a workshop.  His notes record it was used as a workshop after 1960.  It is not accessible in Google Street View.  Is it still there?