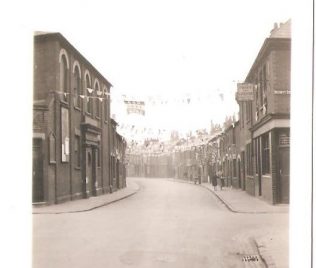 zoom
Hassett Street PM Chapel, Bedford. The decorations are for the Coronation of King George VI 1937 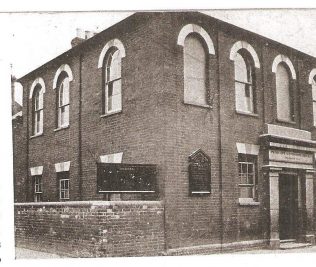 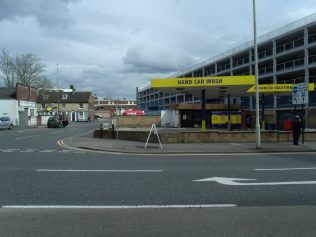 Primitive Methodism in Bedford has been well documented on this website in an article about the Bedford First Circuit by RN Wycherley and in an Essay by William Durrance.

Primitive Methodism originally arrived in Bedford through a missionary sent from Nottingham Circuit. The work continued under the auspices of the Nottingham Circuit. The chapel on the corner of Hassett and Brace Streets was built in 1838 and the first PM chapel in Bedford. At the time the chapel was built it was on the edge of the town centre and surrounded by streets of terraced housing. The chapel in Hassett Street was registered for worship by Rev Thomas Clements, George Rowles and Samuel Francis on 23 May 1840.

The 1851 Ecclesiastical Census includes a return for Hassett Street made by John Parrott, Minister. The chapel contained 128 Free sittings and 390 Other sittings. The attendance on Census day, 30 March was:

The Chapel was extended in 1849 re-registered for worship on 8 October 1852 by John Deighton of Beauchamp Row, Bedford. The chapel was registered for Marriages on 17 November 1854.

In 1893 a Bazaar was held in Bedford Town Hall to raise money in order to clear an old debt of £200. This was to enable them to raise funds to build a new chapel to replace Hassett Street, but RN Wycherley stated that in the event, the funds were used to purchase the chapel in Cauldwell Street. The Circuit was then split in two in 1897 with Hassett Street Circuit Church of Bedford I PM Circuit north of the River Ouse and Cauldwell Street chapel as Circuit church of Bedford II PM Circuit south of the River.

Mission was an important part of church life. As William Durrance wrote ‘Is it doing the work our Lord enjoined when He bade his Church go out into the highways and hedges to seek and save the lost’. Examples from Hassett Street’s include; March 1924 when a Musical Mission was held led by Chas E Barraclough; whilst in 1929 Rev Herbert P Ellis assisted by Rev JK Cowburn and Rev Geo. Kendall led a revival and evangelistic mission. In 1932 an Effort for Young People was held.

Hassett Street chapel was refurbished over a period of 3 months in 1929 at a cost of £650. The chapel closed in 1959 and demolished as part of redevelopment work in Bedford town centre. The site became occupied by a petrol station.