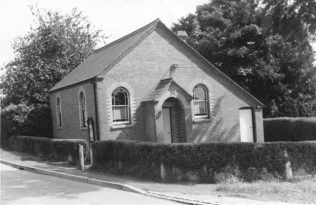 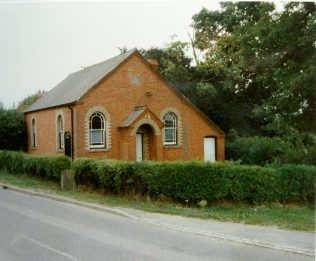 Thomas Russell was born near Middlewich in Cheshire on 21st December 1806. He tells us that “the first clear sense I had of pardon was at a class meeting.” He began preaching when he was 18. In 1826 he moved to Congleton, and was encouraged to preach by the Primitive Methodists there. Following the Conference of 1829 he set off to begin his labours as a travelling preacher. “My mind was much drawn out in prayer as I walked along,” he wrote.

He left for the Brinkworth Circuit in Wiltshire at 5 o’clock in the morning of Tuesday 29th June. Later he began preaching further east in parts of Berkshire and Hampshire. April 1831 found him evangelising Burghclere, Hants. Primitive Methodist historian Joseph Ritson tells us that “he could meet persecution of the most brutal kind with a dauntless bearing, and sometimes a rare dignity. Few of the pioneers met with such determined opposition or witnessed such signal success.”

The spiritual fire he kindled at Burghclere endured. More than 130 years later I attended a Methodist Revival Fellowship meeting at the chapel and found people from there and other chapels around still looking to God to send a new flame of revival to bring sinners to Jesus Christ and to enliven the churches to the glory of God.