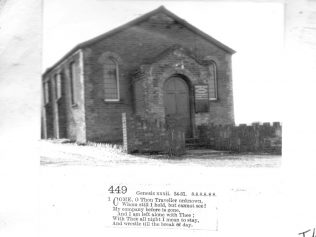 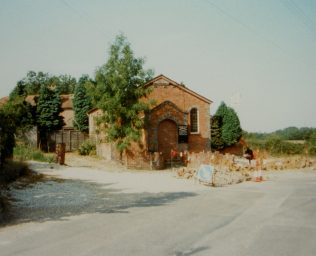 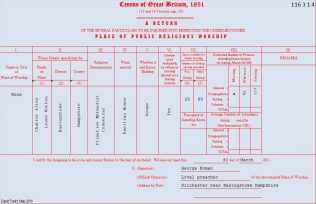 Charter Alley (also called in old Primitive writings Chutter/Chatter/Chalter Alley) was in the Reading Circuit. The Primitive Methodists had preached the gospel, mainly in the open air, for nearly twenty years to the scattered population of this agricultural neighbourhood. For years they experienced both toil and discouragement, but later they could report that “the seed then sown in faith has since sprung up, and is now yielding a cheering harvest.”

In 1848 they purchased a small cottage and fitted it up for worship, but it was soon much too small to contain all the people who flocked to hear. So the trustees bought an old cottage and on part of the garden built a chapel which was opened on 21st December 1851. (The other cottage reverted to a dwelling.)

In August 1855 the Primitive Methodist evangelist Isaac Nullis went to Silchester to take services at various places including Charter Alley, and God did a work of conversion through his preaching at each place. He returned to the area in September 1864 and held revival services including at Charter Alley, where there were several penitents on the Sunday, among whom was a woman of profligate habits and disreputable character.

I attended a Methodist Revival Fellowship meeting at Charter Alley in the mid 1960s, attended by people from a number of local chapels. My contact with such people, in fellowship, prayer and conversation, strengthened my desire that for my life and service “your people shall be my people, and your God my God,” as one said in the Bible. As the old song has it: