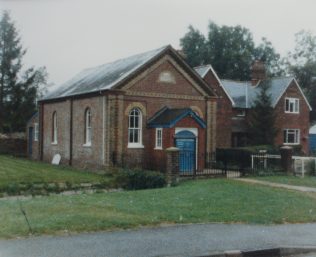 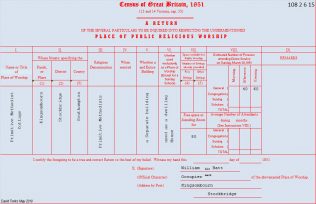 In 1832 the house of George Brice was registered for worship, and by the early 1840s there were about 30 members. The return from Kingsombourn (sic)  Primitive Methodist chapel in the 1851 Census of Places of Public Religious Worship shows they were still meeting in the cottage which was “also used as a dwelling house” occupied by William Batt who completed the Return. He made his mark on the Return rather than sign it.

Land was bought in the late 1860s and a chapel built in 1871; this is the building currently in use

There was a United Methodist chapel less than 100 yards away and for nearly 50 years both chapels flourished but then the numbers in the Primitive Methodist congregation began to decline as families moved away and some emigrated.  By 1919 there were only 2 members left. It was decided to discontinue worship and to offer the building to the United Methodists who accepted this gracious offer and transferred their worship there.