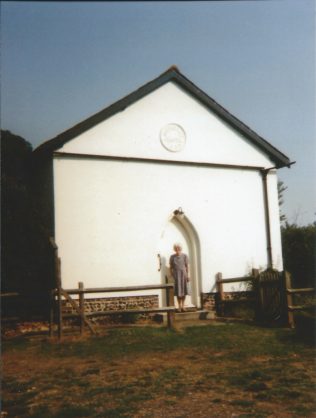 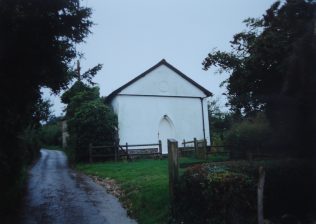 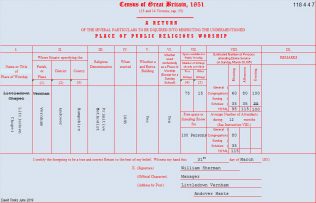 I preached at Vernham Dean. At the close, a woman came, weeping bitterly, and said, “Sir, my husband heard you preach yesterday at Littledown, and he desires to turn into the better way; and I want to find mercy. We have a comfortable cottage; I will sleep with the children, and you can sleep with my husband at any time when you like; and we shall both be glad to see you.”

At five, preached at Little Down; at seven, at Lincolnholt: we had good times.

The chapel was built in 1845, one of the earliest in the county.

It is closed now, but the spark lit by Thomas Russell and his associates in the 1830s was not wholly extinguished for at least 120 years. By the 1950s, the society was known to be staunchly Evangelical.

Pastor Peter Hooks arrived as a Methodist pastor in the Andover Circuit with responsibility for the Hurstbourne Tarrant section, in 1955. The churches of which he had oversight were Hurtsbourne Tarrant, St Mary Bourne, Stoke, Upton and Ashmansworth, Littledown, Wildhern and Vernham Dean.

These deaconesses spent time at St Mary Bourne, Stoke, Hurstbourne Tarrant and Vernham Dean before going to Littledown, and I am sure would have been supported by the prayerful, supportive genuine Christians.

I have this morning spoken to the only person that is still alive that made a response during the mission at Littledown. The mission made a deep impression on the friends at Littledown starting a Thursday fellowship and a Sunday morning Prayer meeting. Edgar Brooks, a local farmer, was part of this Littledown fellowship.

It all makes me think of 1 Corinthians: “God chose what is weak in the world to shame the strong… so that no human being might boast in the presence of God. He is the source of your life in Christ Jesus… therefore, as it is written, ‘Let him who boasts, boast of the Lord.'” What God did at Littledown in the 1830s and the 1950s, he can do again.