NE side of A4110, Adforton Civil Parish, Herefordshire 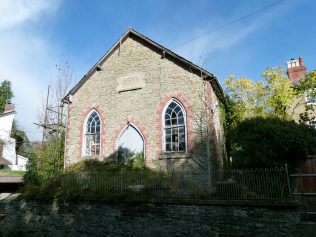 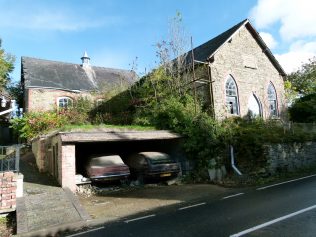 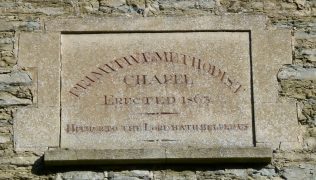 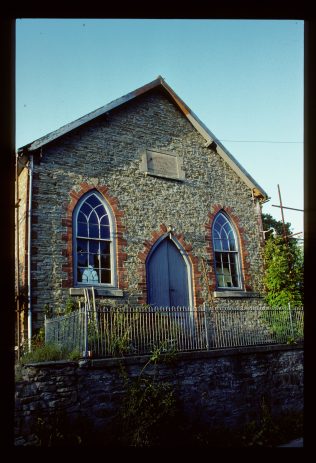 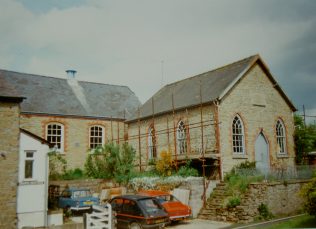 zoom
1863 Adforton Primitive Methodist Chapel as it was in 1993 when it was pending disposal. It closed in the 1980s
Keith Guyler 1993

In 2013 the building is in an uncertain state with holes in the roof. Views may be seen in Google Street View of 2009 which show the same scaffolding and old cars in the adjacent garage. Thus it has remained dormant over this period. It is assumed that the building to the rear was a Sunday School added between 1885 and 1903. The chapel still appeared in the Leintwardine circuit in 1972. The date of closure has not yet been found. Until 1875 the only church in Adforton was the primitive Methodist Chapel.

Herefordshire Through Time web site states :- Adforton is a small village in the north of the county, close to the Shropshire border. Not far from the parish church of St. Andrew stands the Primitive Methodist Chapel.

It is of rough stone with red brick dressings and a slate roof. There are double doors at the front flanked by a large pointed-arch window. Above the door is a date stone which reads “Primitive Methodist Chapel Erected 1863 – Hitherto The Lord Hath Helped Us”.

The chapel is quite large with an attached building, possibly a schoolroom, to the north.

The chapel is marked on the 1st Edition OS map of 1890 but does not appear to be in use today as a place of worship.

On the 1885-6 OS Herefordshire 1:2,500 map the building is marked as Methodist Chapel (Primitive)

On the 1903 OS Herefordshire 1:2,500 map the building is marked as Methodist Chapel (Primitive) with an adjoining building added to the NE.