Lies on east side of Bircher Common, Croft and Yarpole Civil Parish, Herefordshire 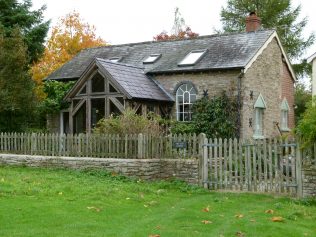 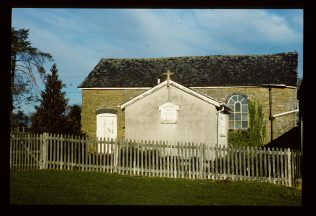 zoom
Chapel before conversion to a dwelling in 1990
David Hill 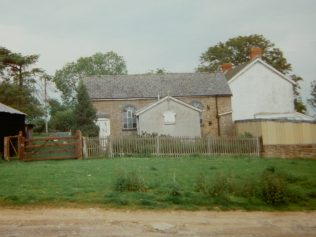 In 2013 the building is a dwelling. The current owner kindly provide the following transcription of the chapel’s early life. It is thought that the building was not purchased until after Thomas Meredith’s death in 1899.

The cause in this place was for some years low, and it was frequently in contemplation to put it off the plan. But God turned his hand upon it, and converted many precious souls. In August, 1840, we held a Camp meeting about four miles distant, when several young men from the neighbourhood of Birchers Common attended. The word of God was rendered quick and powerful; sinners were pricked in their hearts, some of whom found peace with God through our Lord Jesus Christ, and joined the society at Birchers Common. From that time the work began to move; many were soon brought to know God, and the preaching house became crowded to excess. Mr. Thomas Meredith then offered us a barn, which we have converted into a chapel, and which was opened for divine worship on Sunday, August 8th, 1841, when Brother Woodhouse preached to crowded congregations, and a blessed influence attended the services. The work has been done gratis, and the opening collections paid for thematerials within a few shillings: so we have a comfortable place of worship, computed to hold about one hundred and fifty, and no doubt, a large congregation, and a powerful society of twenty-six members. The good work is still progressing. We desire to record our gratitude to all friends who have assisted in this labour of love; especially to Mr. Thomas Meredith, who has laboured much, and who with his family, are substantial friends to the cause.

Herefordshire Through Time web site states :- A stone-built Methodist Chapel located near Bircher Common. A plaque in the wall dates the building to 1841; it was converted into a house in 1996. It is suggested that the building was once a barn, but a bread oven at one end of the structure backs up the theory that it may originally have been a house.

According to an extract from the Primitive Methodist Magazine of 1842 the barn for the chapel was donated by Mr. Thomas Meredith after many successful Camp Meetings in the area. The chapel was opened for Divine Worship on Sunday 8th August 1841.

In February 1964 it was agreed to transfer the Bircher Common Society from the Ludlow Circuit to the Leominster Circuit. By 1968 the Reverend Lewis had suggested using the chapel for conferences, and alterations for this purpose were carried out in 1972.

Stone-built Primitive Methodist chapel, dated 1841 on plaque set into wall. Converted into a house in 1996.

The building was given to the Methodists after a crusade on Bircher Common in 1841. It is alleged to have been a barn, though as it has a bread oven at one end it could have been a house.

Strangely it is not marked on early maps as a place of worship.

On the 1975 OS Herefordshire 1:2,500 map the building is marked Bircher Methodist Church.