Directly on south side of A4112, Stockton, Kimbolton Civil Parish, Herefordshire 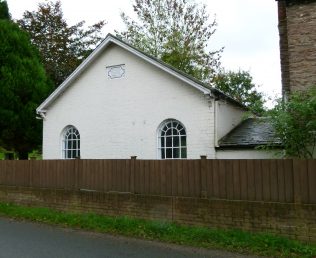 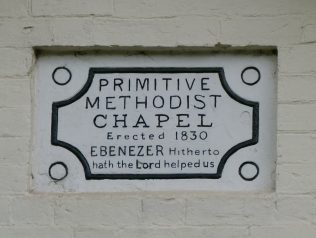 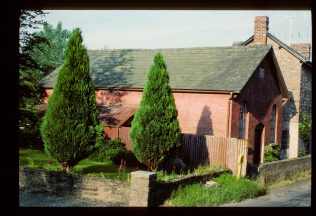 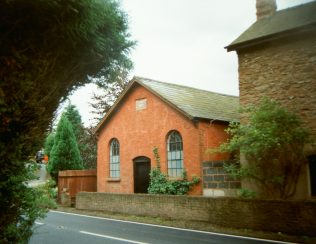 Herefordshire Through Time web site states :- The chapel at Stockton is located on the side of the busy Stockton Cross to Tenbury Wells road near Kimbolton village. The chapel is marked on the 1st edition OS map (surveyed in 1884-5) but not on the 1984 edition.

The conveyance of land for the building of the chapel was completed in September 1850. The chapel was built at a cost of £83 and was designed to seat 80.

By 1859 the average attendance was 30 for the Sunday service and 16 on weekdays, and there was a Sunday School in existence. The following year the chapel appeared to be flourishing with Tea Meetings, Missionary Meetings and Revival Meetings.

Attendance must have dropped somewhat in later years as when the Border Counties Commission Experiment considered the future of Stockton Chapel in 1963 it was advised to centralise with Leominster.

The chapel is in good condition and has been converted to use as a private house.

The wall plaque has been repainted and now states Erected 1830, which appears to incorrect from above source.

On the 1886-7 OS Herefordshire 1:2,500 map map the building is marked as Methodist Chapel (Primitive)

On the 1928 OS Herefordshire 1:2,500 map the building is marked as Primitive Methodist Church.

There is an account of the opening of the chapel written by J.D.Whittaker of Leominster in the Primitive Methodist Magazine for May 1851 pp 312-313