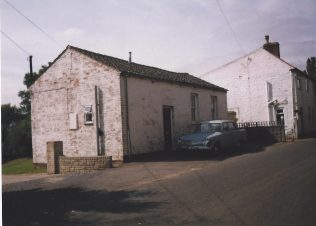 Nettleton Church Street Primitive Methodist chapel was built in 1858 and just missed a century of service.  It closed in 1957 when the lease ran out and the Society united with the village former Wesleyan chapel.

On closure it became a builder’s office and later a house. A headstone from the chapel is in the Wesleyan Methodist chapel which is on the opposite side of the road further down Church Street.