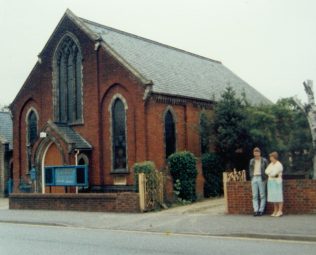 The chapel was enlarged in 1861 by the addition of a gallery, with repairs, cleaning and the addition of gas lighting.  Preachers at the re-opening on June 2nd 1861 included Rev. T. Charlton, of Docking and Rev. J. P. Smythe, of Worstead.

A second chapel was built in 1890 and there is a note in the Primitive Methodist magazine of September 1890 recording the laying of the foundation stones.  around half of the cost had been raised.