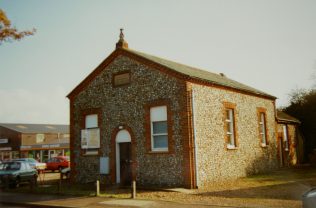 The opening is described by Jonathan Scott in the Primitive Methodist Magazine of 1862.

The building became Evangelical East End chapel.  It is still in use in May 2011 on Google Street View; is it still active?