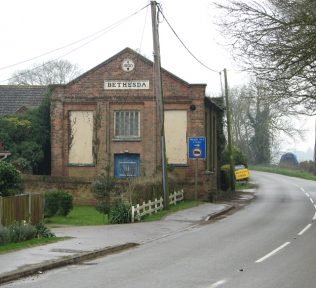 Stow Bridge is a small hamlet which lies between Downham Market and King’s Lynn. Stow Bridge Primitive Methodist chapel was opened in 1833. The opening on 19/05/1833 + 20/05/1833 was described in the Primitive Methodist magazine by S Atterby.  Opening preachers on the Sunday were Mrs Alphin, Miss Pelch and, on the Monday, S Atterby. The “neat commodious chapel” had 30 members and a Sunday school.

A second chapel called Bethesda was built in 1880 in West Head Road PE34 3NL. In 2006, permission to convert it to residential use was given although that lapsed and the chapel was for sale for £50,000 in 2016.