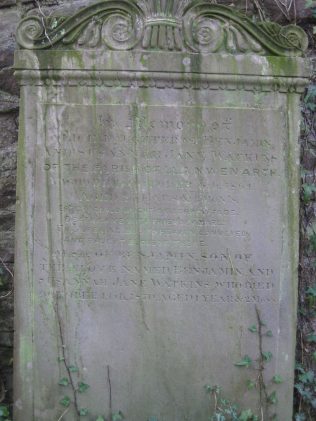 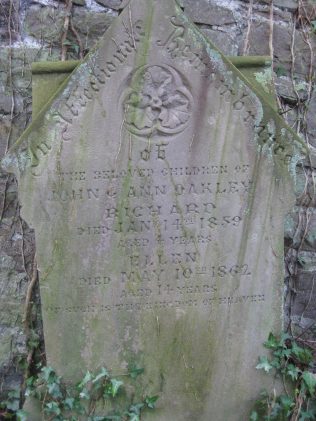 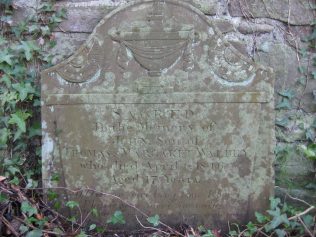 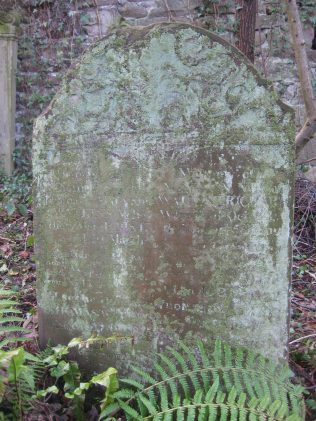 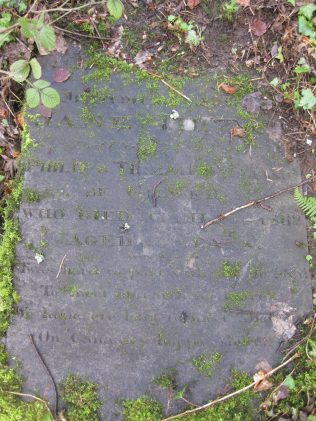 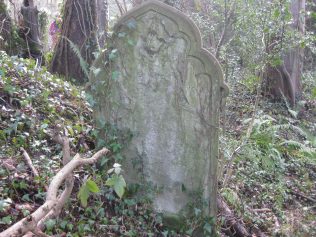 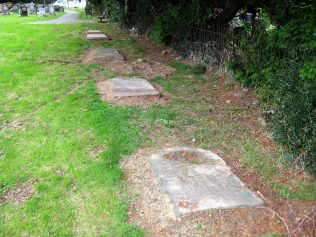 In March 2014 there were six gravestones to be seen at the back of the Chapel.  Click here to see more about the chapel.  The gravestone inscriptions written below, for the first four photos, are given by kind permission of the GWENT FAMILY HISTORY SOCIETY

No1. In memory of Alice, daughter of Benjamin & Susannah Jane WATKINS of the Parish of Llanwenarth, who died October 6th 1864 aged 2 years & 3 mon’s.

THIS OPENING BUD TO HEAVEN CONVEYE

AND BADE IT BLOSSOM THERE.

No3. Sacred to the memory of John, son of Thomas & Margaret WALBEY, who died April 6th 1846 aged 17 years. “Affliction so long time I bore, physicians were in vain, till God was pleased to give me ease, and took me out of pain.”

No5 Inscription is illegible.

No6 Inscription is illegible.

The final photo taken in October 2017 shows the graves and the stones re-buried in the Parish grave-yard of St. Elli Parish Church, Gilwern.