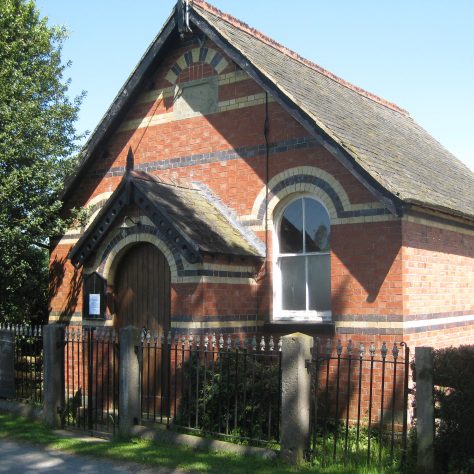 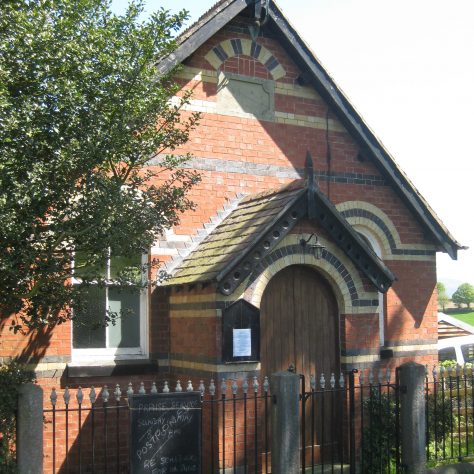 Deytheur is the English translation of “Deuddwr”. It means “two waters” probably because it is situated between the Rivers  Severn and Vyrnwy. The present chapel was built in 1877 on the foundations of an earlier chapel opened in 1844. The chapel is still being used for worship in 2012.

It would appear that there was a chapel on this site before 1826 and the present chapel was built on the foundations of the previous one.We know this because in the chapel there is an armchair built from the wood of the original pulpit. On it is a brass tablet bearing the inscription “presented by T C Jones in memory of the late Dr Jones of Llansantffraid who gave the first pulpit in 1826 to the Primitive Methodists of Deuddwr which served them until 1877”.

The chapel appears to have been rarely without its problems as it was frequently mentioned in the Llanymynech Circuit quarterly meetings. On one occasion the Circuit had to give orders regarding the handing over of the harmonium keys to the “chapel keeper” and Mrs Owen and John Lloyd were appointed to play the instrument. There were also problems with a church steward whose name was removed from the plan because he refused to attend communion. Another unusual occurrence was the minister being appointed treasurer for a year!! Does this indicate they had problems with their finances? In 1881 the trustees were encouraged to put up a fence around the chapel and in 1882 to insure their property with the Primitive Methodist Office.

Sadly this chapel closed in 2013