You are here: HomenextPlacesnextLondonnextOur Struggle in Londonnext3. William Clowes to the Rescue

3. William Clowes to the Rescue 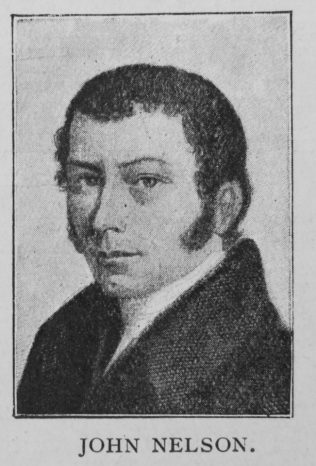 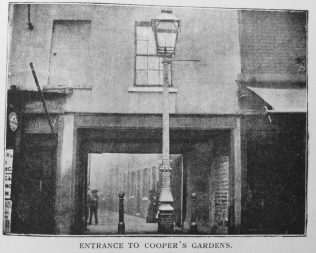 THE beginning of our Church in London was hopeful. Its progress, too, throughout the greater part of 1823 was very encouraging. But disaster was early courted by foolish division.

It was enough to make London into a separate circuit, but when the knife of division was once more applied and the one weak station severed to make two weaker ones still, it was sacrificing the good of the whole at the shrine of minor differences.

The frail bark, two hundred miles from the nearest haven, might have weathered the storm, but to cut the vessel in two and expect her to float was beyond all reason.

It is well that this should be pointed out. If these papers are to be of service they must not only seek to mark the flow of the general stream of our history in London and gratefully record the deeds of daring, the noble self-sacrifice, the many triumphs hardly won, but they must also frankly admit mistakes and defeats.

We should learn at least two things from our past history, courage to face difficulties, and wisdom to avoid mistakes.

Other mistakes will have to be mentioned as we proceed, for the moment it is sufficient to call attention to the weakening process of cutting our churches into small groups and often leaving them to bleed to death alone and without succour.

At this juncture, however, an urgent appeal was made to Hull, the most powerful circuit and chief centre of missionary activity. Hull Circuit responded at once in the most generous fashion, and sent their best man, William Clowes, to the rescue.

Winter was once more chosen for the pilgrimage and Clowes landed in London on January 10th, 1824. What he found would have daunted the stoutest heart. Divisions, debt, despair had taken possession of the meagre societies in their shabby little rooms scattered throughout the City area.

To William Clowes with his responsive temperament, transplanted suddenly from the scene of rousing revivals to this dreary London desert, this was chilling in the extreme and well nigh overwhelming.

Clowes, however, proved himself equal to the occasion, and nowhere did he do better service than in this ungenial sphere. Not only did he show that he was the fiery evangelist, but that he was also a man of affairs, capable of grasping a situation at once and with courage, patience and shrewdness set to work to put things right.

In the most pressing of the difficulties: that of the finances, Mrs. Gardiner, a lady of considerable means, who had joined our Church through the preaching of John Coulson, came to his aid with a loan of one hundred pounds. In after days, when Clowes was very much concerned about its repayment, this good woman relieved his anxiety by committing the promissory note to the flames, and the loan became a gift.

Under Clowes the members were brought together, the divided circuit was again united, and through hard work, good humour and much earnest prayer, something like solvency, order, and new hope were restored.

From this point the cause made real progress. Slow, of course, it was, and not at all satisfactory to the eager soul of Clowes.

“The chariot drags slowly,” he says. “It is more difficult to get souls saved in London than in the provinces . . . careless, trifling, gay, hardened, London appears unassailable, the powers of hell reign fearfully triumphant, and the pall of midnight darkness rests upon all orders of society. Oh, for God’s mighty arm to shake the mighty Babylon to its centre.”

Still he was not discouraged. All the more did he seek “a holier and deeper baptism from on high” and give himself to this difficult work without reserve. And if we follow him through some of the scenes of his labours we shall find that his words were no exaggeration.

It is a Sabbath day in August; Clowes walks down Clare Market, and his soul is stirred by such open disregard and profanation of God’s Day as he has never seen before. Buying and selling go on as on a week-day. Without more ado he pitches his stand and preaches the Gospel to the accompaniment of cries and curses. Nor is it in vain, for one soul is won.

The following Sunday finds him at this post again. The crowd are excited and noisy. As he stands up to preach a constable interferes and calls upon him to desist. When asked for his authority the policeman produces his truncheon; “This is my authority.” Seeing the preacher in danger of rough handling, not only from the unruly mob, but also from the representative of law and order, a Mr. Shepherd steps up and offers him an open window; Clowes accepts and speaks from it in his own powerful way to the crowd which now listens in silent astonishment.

An experience of another and even more trying kind awaited him at Snow Fields in the Borough of Southwark. A room had been hired for services, but the people stood outside and could not be persuaded to enter and hear the word of God. Those who did at length venture inside, after hearing a few words would leave perfectly unconcerned, as though he were  talking of the most trifling matters.

He was not always neglected in this way. At Camberwell, during a camp meeting which Clowes conducted, an attack was made by three different bands. The silk weavers of Walworth, the lime-burners and coal-porters entered into an unholy confederacy to upset the meeting. They danced about in the most frantic manner, howled and yelled, rattled stones in a salt box, fired off a gun, and even offered pots of beer to the preachers. In a final assault an attempt was made to drive our people from the camp into the canal, but a violent thunderstorm suddenly broke over the scene and the disturbers slunk away.

In the vicinity of Royal Westminster similar treatment was meted out to them. Clowes tells us that the first time he visited the district “the abandoned of God and man, like incarnate devils raged and howled around us.”

And, as though unconsciously, the outward would take on the semblance of the inward. At this same place on another occasion, while Clowes was leading a camp meeting, there suddenly emerged from an adjoining public house three men dressed in the most grotesque manner with horns, and wings and tails.

Their conduct matched their dress; they  performed a kind of devils’ dance, rushing among the people with strange howls. The women and children screamed, and for a time confusion reigned. The preachers stood their ground and order was soon restored. Two of the men soon tired of their silly play and retired. The third—their leader —was surrounded by a praying band, and soon, limp and dispirited, he too was glad to get away.

This was the kind of opposition to which our pioneers were subjected, which in our more refined days appears most impossible. In spite of it—or might it not be said to some degree because of it?—the work went steadily forward. Again and again were their hearts cheered by sinners turning to God through their preaching. Nor were they slow to notice, and this with a holy fear, that often swift retribution overtook their chief persecutors. Two of the leaders of the Walworth bands came to a distressing and hopeless end, the other brought disgrace and ruin upon his home and business. The ringleader of Westminster was executed at Newgate for pocket-picking, and his companions were transported for life to Botany Bay.

Our story brings us now to September, 1825, when Clowes left for Cornwall. He had been in London twenty-one months, during which time he and his colleagues—John Harvey, George Tetley and John Nelson—gave themselves to the work without stint. The membership had been more than doubled, and yet it stood only at one hundred and seventy souls. But the value of the work done could not be measured by the numbers won. The cause had been saved.and placed on a good sound basis. The flag still floated over Cooper’s Gardens. New hope and heart had come to the societies, they banded themselves together, cleaned and brightened their rooms, and with fresh zest threw themselves into the work of saving London. The value of Clowes’ work lay largely in the new cheer he brought.