You are here: HomenextPlacesnextLondonnextOur Struggle in Londonnext2. The Planting of the Flag

2. The Planting of the Flag 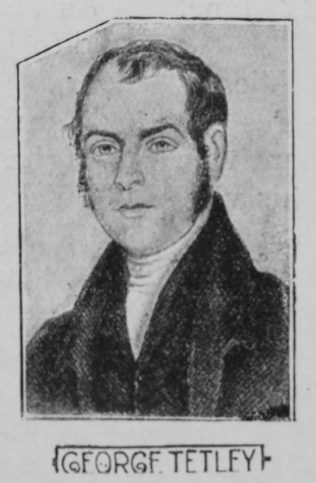 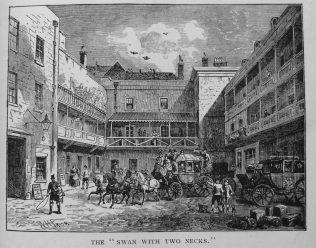 WE have seen that the first attempts—made in 1810—to establish our Church in the Metropolis proved abortive. Undaunted by difficulty, distance, or failure, our fathers were to make another attempt to plant the flag on the ramparts of the great city. This time it was to be a circuit enterprise, and the honour of it was to be earned by the Leeds Station.

At the December Quarterly Meeting of 1822 that circuit found itself the happy possessor of a balance of twenty pounds.

Now in the prevailing spirit of those days, instead of expending this amount on internal developments, it was proposed to start a mission beyond the borders of the circuit. The brethren were nobly ambitious, and no ordinary place would suffice as the field of the proposed mission. Sunderland was thought of, but then Hull’s strong battalions were already marching thither. Why not London? So London was fixed upon, which shows not merely a high ambition, but a daring faith and the true missionary spirit.

Whether, as in the first instance, an invitation had come from the Metropolis, or whether the circuit acted on its own bold initiative, we are not aware. This we do know, that Paul Sugden and William Watson reached London in the small hours of a cold December morning in 1822.

A very small portion of the aforenamed balance must have been entrusted to them, for when they alighted from the stage coach in the yard of the “Swan with Two Necks” in Gresham Street they had only one shilling between them.

This last poor coin they generously gave to the driver who had respectfully touched his hat for the usual gratuity. When the conductor came forward to be similarly remembered all they had for him was an explanation of their errand and of their impoverished condition.

The conductor happened to be a good Baptist, and his heart so melted for the two strangers on this bleak winter morning that he took them to his home. Not only did he give them breakfast, but helped their depleted funds by purchasing a hymn book. Warmed and cheered by this act of kindness, with the price of a hymn book in their purse, our two missionaries set out to conquer London in mid winter! But where should they begin, and how? All was so strange, and vast, and lonely.

This perplexity was relieved by a providential opening. The Bible Christians were in need of temporary supplies, and the services of the two were accepted; Paul Sugden was sent into Kent, and William Watson remained in London.

It has been said that when these two pioneers landed in London there were no Primitive Methodists. That is not strictly true. For when William Watson one night waxed warm in the service and declared himself a Primitive Methodist, to his surprise he discovered a fellow Churchman in his audience.

We can well imagine the joy with which these two brethren greeted each other at the close of the meeting. We can imagine with what eagerness they set out the very next day in search of a place in which to find an opening to begin work for the Connexion they loved.

To-day, when a new cause begins in London a fine building is secured for its home. The presence and patronage of the Lord Mayor and members of Parliament are sought; hugh posters are displayed, and the good offices of the newspapers are enlisted. How different the beginning of our Church ninety years ago! The two friends succeeded in taking a small chapel in Cooper’s Gardens. But what a chapel and what a place! It was anything but a “garden,” except the devil’s garden where grew drunkenness, vice and crime.

As to the chapel: it might be described as seven square yards of ugliness, dinginess and discomfort, a high, creaky pulpit stuck against one wall, three galleries with each a narrow dark staircase, a wooden hoop suspended by coarse ropes fit up with tin sconces for tallow dips which scarcely relieved the gloom. And this building was almost hidden in a narrow street of mean, dirty cottages, approached through a low, flat-topped entry, in the midst of a disreputable neighbourhood.

Not a very propitious beginning! But a beginning it was; that was their chief concern. Paul Sugden was recalled from Kent and the little band set to work with an enthusiasm which carried them over all difficulties.

And now at last we see the “flag” flying over Cooper’s Gardens, and that black spot becoming the scene of a glorious work and the birth-place of hundreds of souls. The dingy little chapel was the resting place of the Ark and was filled with the glory of God. It was the first piece of property permanently owned in London, was rebuilt in 1835 and again in 1852, and, for fifty-three years, was the headquarters of a strong and aggressive church.

When once a permanent base had been secured for operations the work went forward satisfactorily, but not without great struggle and great privation. We have got to the beginning of the year 1823—the year, by the way, when London streets were first lighted with gas lamps. Our torch lighted by those two brave men, Paul Sugden and William Watson, has since been kept burning, sometimes brightly, sometimes with less brilliance, but always throwing some light upon the darkness.

In the January of this year came John Coulson to fill the place of William Watson, who returned north. Coulson travelled the whole of the two hundred miles on foot. He was too poor to pay for a seat inside the coach, and too wise to risk his health outside. When he reached London he had the handsome sum of three shillings in his pocket.

Except that Cooper’s Gardens was somewhere in the vicinity of Shoreditch Church he had only a hazy idea of its actual situation. “Lord, it would be a little thing for Thee,” Coulson prayed, “to let me meet Paul Sugden.” Call it “a happy coincidence” who may—he had not gone very far when Paul Sugden, standing in a shop, recognised him and rushed out to greet his new colleague.

There is a wonderful charm and romance about those early days when our fathers, in spite of meagre resources, made their assault on the great Metropolis. But we must never forget that behind the romance there was great suffering and sacrifice. The flag was only planted as the result of toil, of blood and sweat and much prayer.

“We had great hardships in London,” said Coulson to Mr. Yarrow. “We knew what it was to want. To keep down expense we lived on little. We concealed our wants from the friends, and suffered that the churches might not suffer.” Men who were able to endure were able to overcome by the grace of God, and through the year steady progress was reported. Early in the year 1825 John Coulson was able to write to Hugh Bourne:— “We have twenty members of Society. We preach at four places on Sabbath days and eight on week-days. We are adding souls and the Lord is opening our way.”

During the year George Tetley relieved Paul Sugden and John Harvey took Coulson’s place. And before the year ended London was made into a separate circuit.

Premature as this seems to have been, yet with Leeds two hundred miles away and full-handed, it was not altogether an unwise step. But when, through internal difficulties, another division was made into the East and West Circuits it proved to be a huge blunder, and well-nigh wrecked our cause in London.