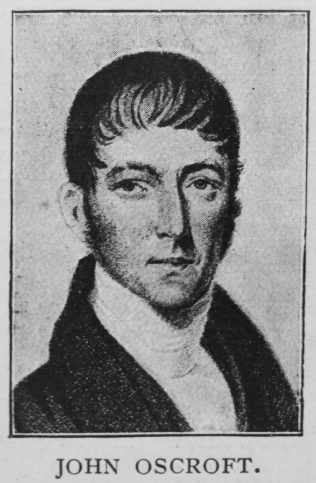 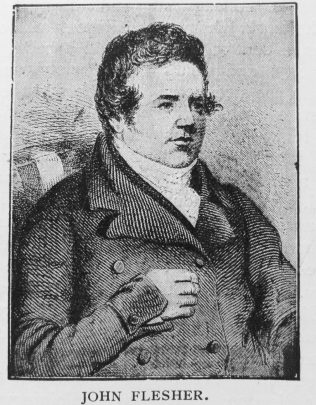 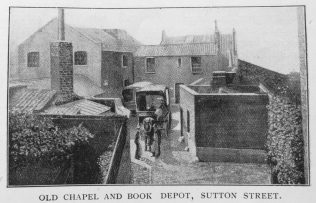 AFTER what has been recorded it might reasonably be imagined that the London campaign had reached a position of security.

London had been a self-supporting circuit for ten years. Its membership had grown to three hundred. It had become an integral part of the new Norwich District and had received all the stimulus of a District Meeting rally.

But then, every campaign has its disaster; every army has its reverse; and now we have to recount how the results of a certain venture proved to have a disastrous effect on our London work.

As is often the case, the stroke of misfortune came from the direction least likely to produce it. It came in fact from the very source which, it was hoped, would most of any have contributed strength and progress. This source of trouble was none other than the first chapel which we built in London.

The chapel, it will be remembered, was built at Blue Gate Fields, Shadwell, to replace that undesirable loft in which the society had worshipped for so many years. The cost of the project was no more than £ 1,300, but, as less than £200 had been raised, the remaining debt was too heavy for the resources of the poor society.

So was committed a serious mistake which has too often been repeated in London and elsewhere. Intentions have always been of the purest, and there has almost invariably been an enthusiastic desire to seize an opportunity at what has seemed the psychological moment. But we are bound, from subsequent history, to say that in many instances it would have been wiser to wait a while longer, or build a chapel in sections, than spoil an opportunity and crush a struggling church with a heavy debt.

Besides, in this case the initial mistake of creating a heavy debt was aggravated by a second error. The chapel was built in an unsuitable position, in a low disreputable neighbourhood, to get to which the worshippers had to pass low taverns, houses of ill-fame, and run the gauntlet of  throngs of ill-mannered and coarsely-spoken loungers. We should never, of course, neglect the slum, but the place for a chapel is some vantage ground, not in its centre, but on its fringe and within easy reach. Placed there, it is more likely that the people will attend and there will be greater certainty of shedding upon them a steady, uplifting influence.

The situation thus created was faced with unflinching courage. The minister, John Oscroft, worked like a Trojan. and even pawned his watch to meet pressing bills. A good woman of the Society did the same with the family plate. But all that was done could not stave off disaster. The Circuit report pleaded that if £250 could be raised the situation would be saved. That was a large sum in those days, and was not forthcoming. Difficulties increased, creditors threatened; the law was set in motion, and for some time John Oscroft had to remain in hiding.

In these dire straits the shattered and dispirited circuit appealed once more to Hull. Hull, notwithstanding that its hands were full of other work and responsibility, responded in its own generous way and sent William Clowes to see what could be done.

“I left Hull, “ says Clowes, “for London in order to take the brokendown circuit once more under the wing of Hull Circuit. The preachers stationed in London were Brothers Oscroft, Coulson and Bland, and the number of members two hundred and ninety-four. On the Sabbath after my arrival I preached at Blue Gate Fields, and on the Monday advanced on behalf of Hull Circuit £16 to pay the preachers’ deficient salaries. The chief part of the circuit was in a state of decay, the chapel being involved, and most of the places in a shattered condition. After preaching several times and arranging for the taking of the circuit, I returned to Hull to communicate the result of my mission to our March Quarterly Meeting for 1835.”

The Hull Quarterly Meeting did not fail to recognise the gravity of the crisis which had overtaken the London work and, without a moment’s delay, relieved, and dispatched its ablest man, John Flesher, to the scene.

With an amazing abandon which casts a glamour over the man and his work, John Flesher, orator of the day, man of law and letters, hymn-writer, gave himself to the drudgery of retrieving the loss and rallying the shattered forces, and we find him preaching in various parts of the Connexion and taking up collections for the London chapels. His colleagues bravely seconded him in the work. Thomas Watson, the boy preacher, is sent on begging expeditions in the city, and wears out three suits of clothes in the strenuous work, on which the trustees vote him a present of four pounds to replenish his wardrobe.

Thomas Radcliffe, on similar errands, finds a sympathetic friend, not only in our good helper Mrs. Gardiner, but also in Dr. Oxley, and, again, the Rev. William M. Bunting, the noted Wesleyan preacher.

The seat of the difficulty, of course, was the distressed chapel at Blue Gate Fields. Such was the hopeless state of things that, after careful consideration, Mr. Flesher decided it was best to sell it. Consequently the building was disposed of to the Calvinist Methodists for £500. The chapel remained in use by them for many years. In 1876, however, it became disused and dilapidated, and was ultimately absorbed in the surrounding business premises.

It is interesting to note that when this chapel was sold in 1835 the Primitive Methodists did not own one shilling’s worth of property in London. Cooper’s Gardens Chapel, owned privately by John Frisken and held on rental, was subsequently bought by the Connexion on easy terms.

Thus the new chapel which had brought disaster was sold three years after it was opened. It was the only way to honourably save the situation, and now “the Society poor, but honest; chastened and wiser for the experience of the past, could face the future with hope.” Having lost its chapel, it found a home in an “upper room,” or, as Mr. Yarrow calls it, a “loft,” with a steep ascent, for it was only reached by a step-ladder almost perpendicular. But then, so slight an inconvenience was scarcely noticed.

Still a better home must be found for the Society, and Mr. Flesher turned his attention to the securing once more of a piece of ground. For some time no available site could be obtained. Ultimately help came from a very unexpected quarter. A blind man, a friend, if not a member, of the Society, hearing of the dilemma, said innocently one day, “I must see if I can find a piece of ground,” and, to the surprise of all, going out with his stick he pitched upon a vacant plot in a suitable and respectable position which had escaped the observation of those who could see.

As a result the lease of a house with land adjoining was purchased, and so the famous “Sutton Street” came into being to be many years a centre of religious activity and afterwards the head of the publishing department and Missionary Society. This chapel was built in 1838, and John Flesher had to do more than purchase the lease, the bricks, the timber, and other requisites. He had to be “clerk of works,” and superintend the building, and borrow or beg the money required. This great man was seen dressed as a navvy and wheeling barrows full of earth from the foundation.

John Stamp preached in connection with the foundation-stone laying, and after much toil and anxiety the chapel was opened and was characterised by Hugh Bourne as “beautiful for situation.”

The fortunes of our London cause had once more turned. John Flesher had saved the situation. And, while there have ever been many haps and hindrances, never since has the life of the Church been really in danger.