The article alludes to transition in the PM movement after the first wave of evangelism. 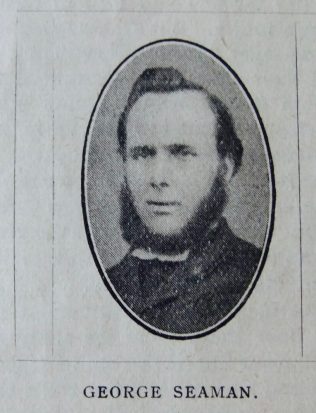 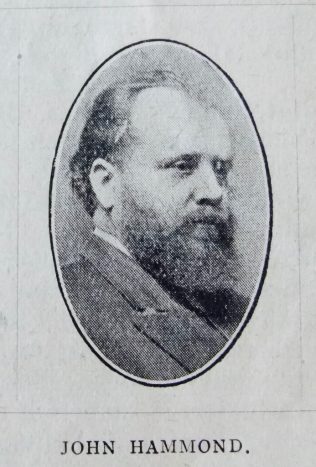 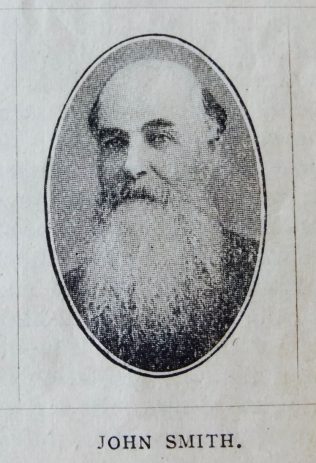 Transcription of Article In the Christian Messenger by W.A. Hammond

TRANSITION periods are always difficult and sometimes dangerous. To change from one condition of things to another is not easy, and much depends upon the men who are in charge of any institution or organisation at such a time.

East Anglia was exceedingly fortunate in having in its midst just at the transition period of our Connexional life, several capable leaders, thoroughly devoted to the past, and yet with clear vision as to the newer claims of modern times. Three names stand out beyond all the rest – names which have become household words in the Eastern Counties – George Seaman, John Hammond, John Smith. They were the leaders in what Mr. Kendall finely calls the period of consolidation in our Connexional history. They were all three great Evangelists, passionate in their desire to win men to Christ. But they were men for the times, they quickly discerned the needs of the hour, and readily took occasion by the hand, and helped to bridge over the changeful years of the Victorian seventies. They were all men of different types and gifts.

George Seaman was a fine, well-built, sturdy Norfolkman, full of passion and emotion, easily swayed by the surging tides of feeling that swept around him, but with fine gifts and generous soul. He had finished his first superintendency at Bury St. Edmunds, and was in the heyday of a strong manhood when his chance came and he took it. Primitive Methodism in Norwich had had a chequered career. Robert Key had done a fine work for the West End of the city by building Dereham Road Chapel, but the Mother Church was still housed in the old Lakenham Chapel in Holls Lane, difficult to find and difficult to worship in. Yet it was crowded Sabbath by Sabbath. A new chapel was badly needed, and none could venture on the task. But George Seaman stepped into the breach and built the present Queen’s Road Chapel. His fate was sealed. From henceforth he became a recognised leader throughout the wide district. He had great popular gifts, and knew how to use them. He was not a studious recluse, but lived before the “footlights,” and largely helped to make Primitive Methodism in East Anglia what it is to-day. He was a born leader of men. He knew how to rally others round him and use them to the best advantage in the cause of Christ. From that time onward for five-and-twenty years, he wrought splendidly in Norwich, Yarmouth and Lynn, building chapels of a new order, and filling them with congregations who gladly listened to his message. East Anglia is richer to-day for his ministry and statesmanship.

Of quite another order was John Hammond, the friend and colleague and rival of George Seaman. Finely built on a massive frame, with leonine head and waving black hair, and intellect as great as his physical strength, he was a giant in Christly service. The convert of Robert Betts, he retained to the end his great passion for saving men, though his gifts were of another type. He was endowed with the “logical faculty.” His mind was of the reasoning order. He was only happy when he could “reason out the matter” with a sturdy opponent. Then the hours fled swiftly by, and time was no object at all. But how he could preach, and, better still, how he could pray! He talked as a little child to his father, but wrestled until as a prince he had power and prevailed. But when the sermon came it was no child’s talk then. He was the prince, the master. What words and sentences, what Johnsonian phrases and ponderous paragraphs! I have some of his printed sermons lying before me now. One is a Christmas sermon on the Incarnation: “Praxeas, Hermogenes, Noetus Sabellius, and Priscillianus held that if the Son became incarnate so must the Father. Simon Magus, Menander Saturnilus Valentinus Epiphanes, Isidorus Secundus, and many more denied the Saviour’s humanity. Arius taught that Christ’s divinity was united to His body and that He had no real human soul. Apollinaris held that man consists of body, soul and mind, and that Christ’s humanity consisted of body and soul. It is divinity taking the place of mind,”

I wonder how we could stand it to-day. “Whatever foes, antagonisms or hindrances, the curse of evil have created for Him; whether refined philosphers or swinish sots, whether defiant atheists or superstitious ignoramuses, whether imperious monarchs or obscure plebians, whether the stulti?cation of intellect, the petrification of heart or the consignment of the body to the blanchment of death and the cold desolation of the grave; everything standing in the way of the universal reign of pure thought, pure feeling, pure life, pure law, and the pure intercommunion of the universe must give way, for ‘He must reign.’ ” That is only a sample of the ponderous but powerful sermons John Hammond would preach in rural village, or Bethnal Green, or Stepney Tabernacle. But ponderous though they were, they served one great purpose. They helped to bridge the gulf between the purely evangelistic ministry and the teaching ministry of the consolidated Church. Unfortunately John Hammond broke down in the early prime of life and passed away under the cloud, but his soul goes marching on. He lived and wrought in the age of blatant infidelity, of aggressive Bradlaughism, and his ministry was effective, because it was akin to the times. To see him in Bethnal Green wrestling with one of Bradlaugh‘s followers was a fine sight.

John Smith was of a different order still. He came from the plough tail, but by dint of arduous study and diligent effort and immense will power, he became the cultured and refined gentleman. He burned the midnight oil and trained heart and mind for the service of his Church. And what an influence he had in those strenuous times of changes! He was a past master in the pulpit. He could speak with voice or pen, on platform, or in the press. He was the equal of village clergyman or squire. The farmers and men of business recognised his ability. But all his sympathies were with the toiler. He pleaded their cause, he defended their claims, he denounced their wrongs. Both farmer and labourer gladly sat at his feet, and listened to the chaste, plain scholarly message he had to give. He treasured the past, but he saw the needs of the present. He entered the ministry a flaming evangelist, but he saw that to hold the ground something more was needed. And to it he gave his life. He has his reward.

East Anglia may well remember its early evangelists; how they woke the slumbering embers of religious life in the stolid toilers in rural village and hamlet, and led them to the finer and higher experiences of religious life. But it does well to remember the men who knew how to take occasion by the hand and weld into permanence the forces that had been thus created. And amongst those men the names of George Seaman, John Hammond and John Smith will stand first upon the roll. They have passed away, but their works follow them.