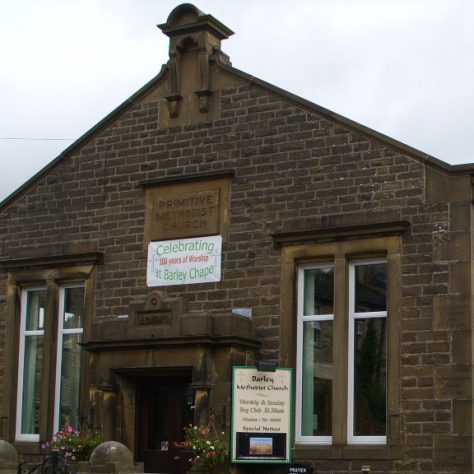 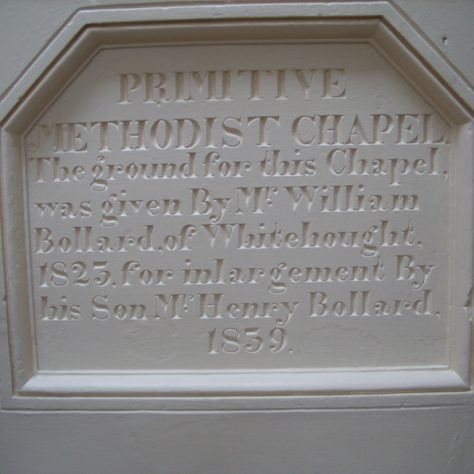 Stone relating to land given by William Bollard of Whitehought, for first chapel 1825, enlarged by his son Henry Bollard, 1839
Peter Green 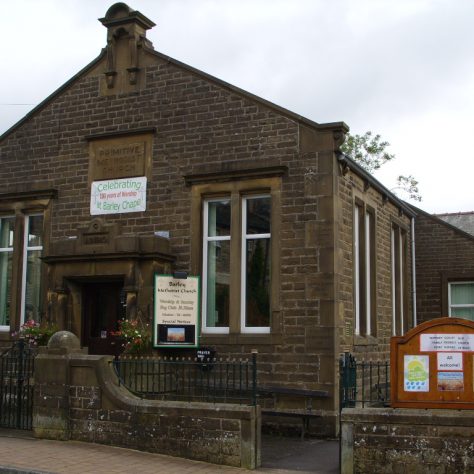 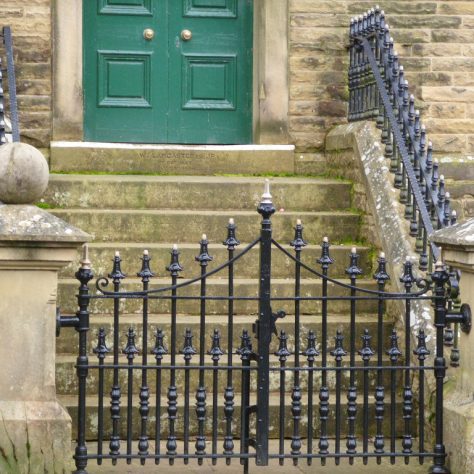 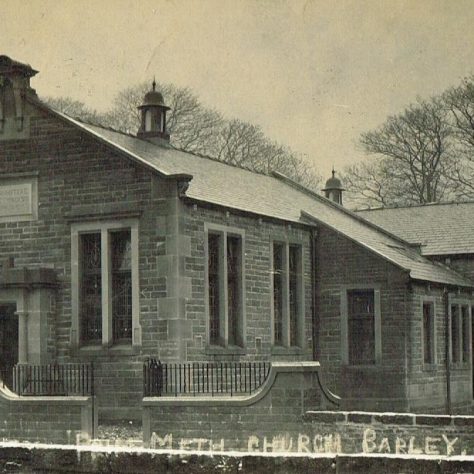 Barley Primitive Methodist chapel from a postcard c 1912, two years after it was opened.
Steven Wild 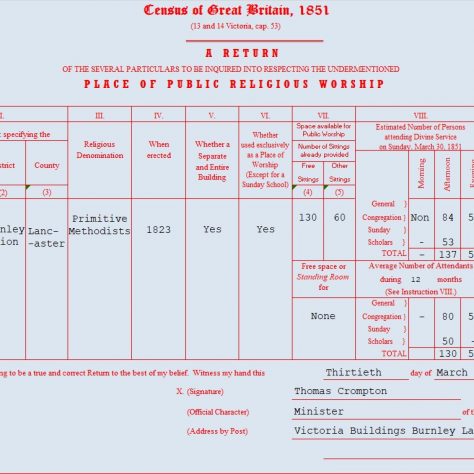 Barley: return from the Primitive Methodist chapel to the 1851 Census of Places of Public Religious worship. Return no: 478 4 5 8
transcribed by David Tonks 2021

These photos were taken 2 weeks ago (ed: in September 2012) in the village of Barley, near Pendle Hill in Lancashire. They show the current Methodist chapel originally built in 1910 as a Primitive Methodist Chapel. The keyholder allowed us free access to the chapel and also told us about an earlier chapel built lower in the village which is now apparently the Village Hall. The foundation stone of this building is now a step to the front door of the village hall but still clearly shows the date 26th July 1884 and the benefactor’s name. The white foundation stone can be found in the current Chapel and appears to be from an even earlier chapel