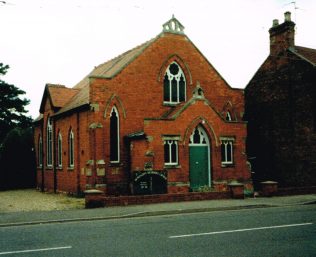 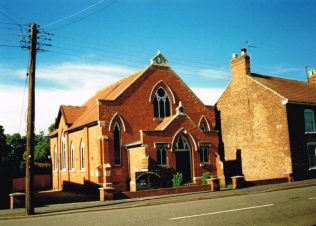 I have no idea why, but underneath the 1834 Donington Primitive Methodist chapel is a cistern which can hold 20 hogsheads of water. We are told this in an account by John Rich of the opening of the chapel (spelled Donnington) in the Primitive Methodist magazine of 1835.

The new chapel seated 120 people.  At the time of the chapel opening, the society had 40 members but the chapel was built high enough for a gallery to be added when needed

The 1835 chapel served until 1901 when it was replaced by a new chapel in the High Street.  This closed in the 1940s and has since been demolished.

Keith Guyler’s photographs show a 1903 chapel on Church Street which is still there converted to a house.  This is actually the Wesleyan chapel.