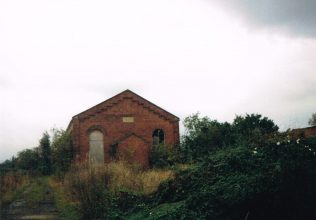 Keith Guyler’s notes simply say that Carlton Primitive Methodist chapel  in Primitive Street was closed in the 1960s.  At the time of the photograph in 1999 it was derelict, but on Google Street View in 2008 it has been impressively converted into a house.

On the Leeds City Council Leodis website however it shows a 2005 picture of the building undergoing renovation.  It is labelled as the Primitive Methodist Sunday School and says that the Primitive Methodist Chapel stood to the right of it and has since been demolished. It was built in 1867 on land donated by Mr. Horn of Fleet Mills.

The Primitive Methodist Magazine includes a description by Robert Smith of the opening of Carlton Primitive Methodist chapel on December 4th and 11th 1853.  It describes how previously services had been held in various cottages and then “in a low, damp and otherwise inconvenient room.”  It took them four years from a revival in 1849 to acquire a suitable site and the foundation stone was laid by Mr Rhodes of Bradford on August 8th 1853.