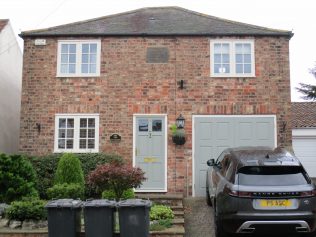 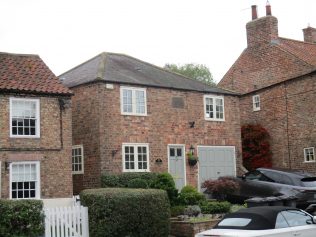 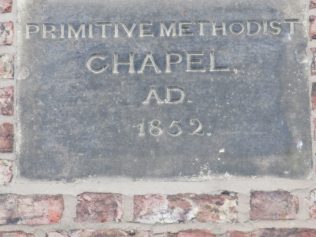 The foundation stone for the new chapel was laid by HJ McCulloch of York and the opening services started on Sunday November 7th 1852.  The deeds were made for free by Leeman and Clarke of York. The total cost was £130.

The chapel was made of brick with a hipped roof, 25.5′ x 24′ and 14′ high, and stood on rising ground five yards from the footpath.

In 1908 the chapel membership was described as ‘small’, although it was still active in 1919. On Google Street View in 2012 it has been converted into a house and still carries its date stone.