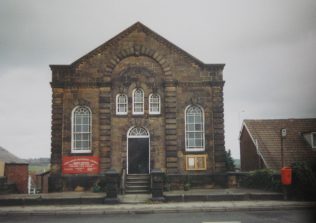 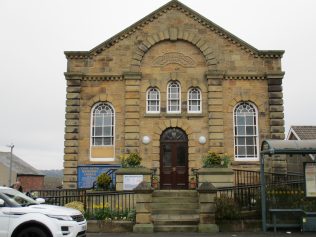 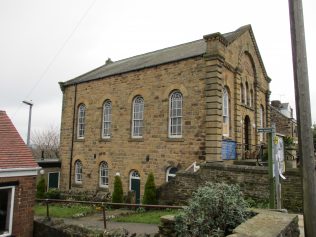 Coal Aston Primitive Methodist chapel was opened in 1866 and is still (2015) in use.

There was a previous small stone chapel, opened in 1833.  The return to the Religious Census of 1851 says it was used exclusively as a place of worship and Sunday School. It accommodated 100 and the usual congregation on a Sunday was 30 in the afternoons, and 65 or 70 in the evenings. There were also Sunday School classes in the mornings, afternoons and evenings, attended by 56, 86, and 65 or 70 scholars, respectively. The return was completed by Francis Oldall.