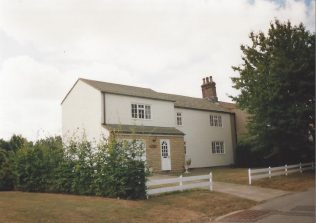 The opening took place from 22nd January 1852 with sermons by Rev G Lamb of Hull and G Wakefield of Scotter.  The cost was £118 of which a third had been raised.  The Sunday school would be built when funds permitted.

Particular thanks went to W Byron of North Reston and John Maltby of Louthpark for liberal donations, and to J Cook of Ludborough for both his donation and loading most of the materials.

It served until 1978 and became a house – September Cottage.