This large stone built chapel was erected in 1848 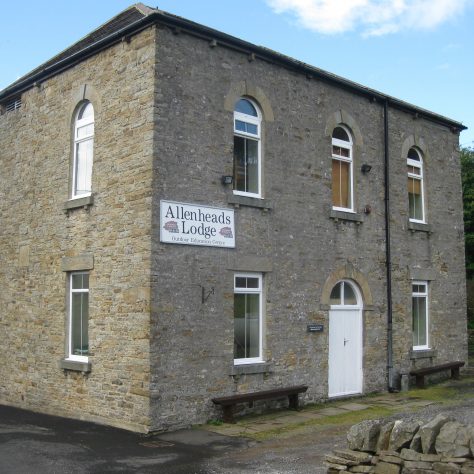 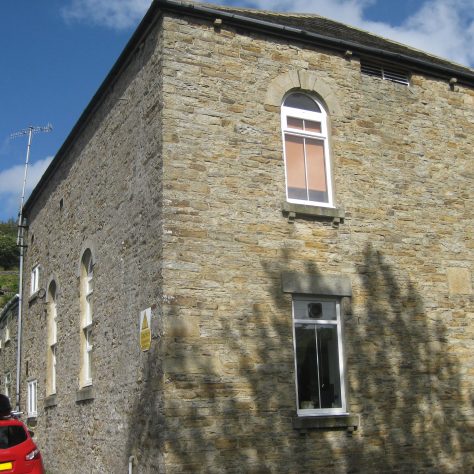 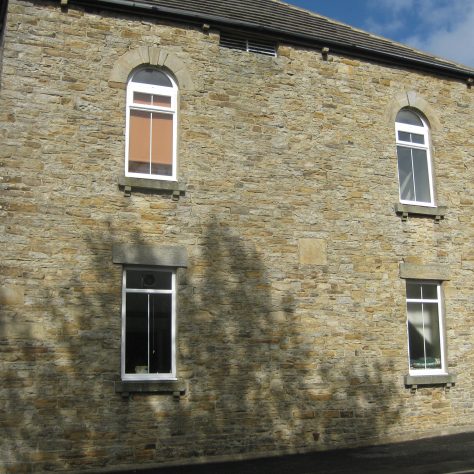 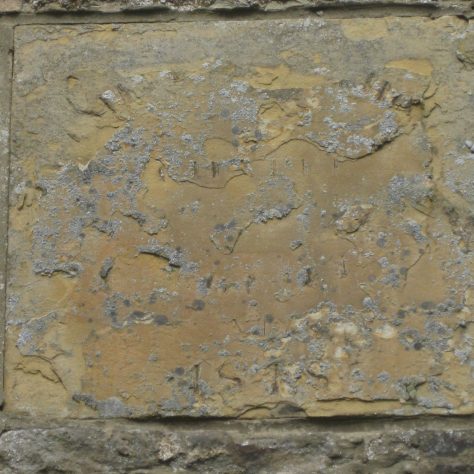 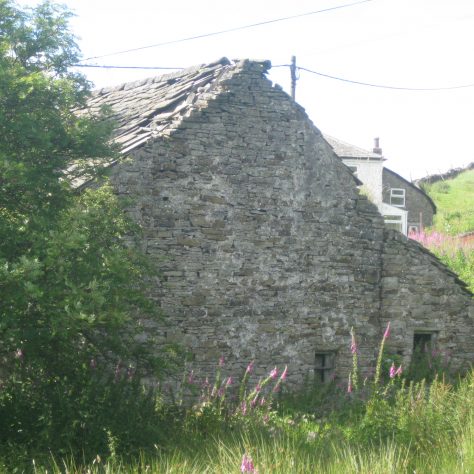 This building sits behind the chape. A local man says this is the remains of the first chapel to be built here. 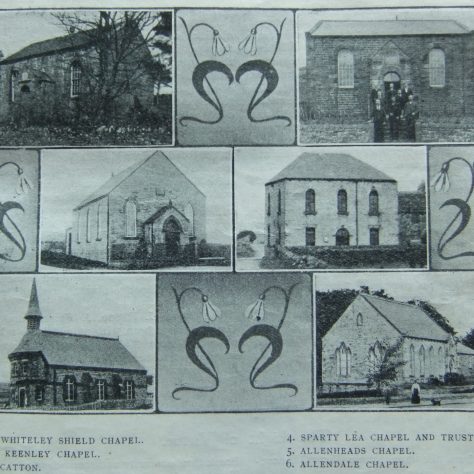 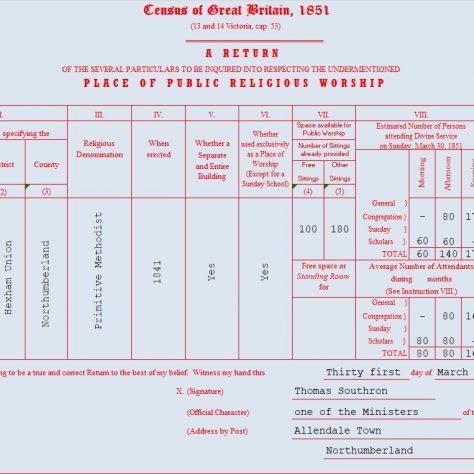 Allenheads: Return from the Primitive Methodist chapel in the 1851 Census of Places of Public Religious Worship
transcribed by David Tonks 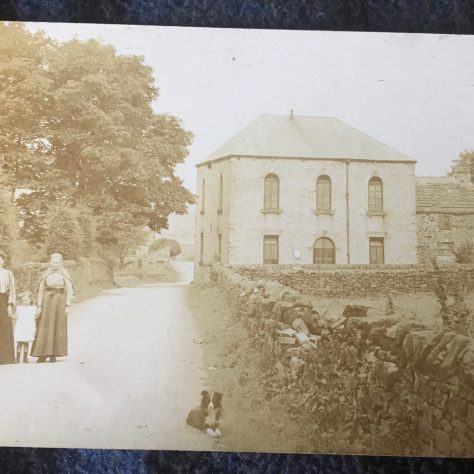 This was a very large chapel built in a time when the population of this area was much greater. Now we look at it and say ‘Why ever did the ‘Prims’ erect such a large place for worship?’  The plaque unfortunately is un-readable.

It closed in 1952. It was used by the YHA and by 2015 it has become an outdoor  education centre – Allenheads Lodge.

Allenheads was first served by a chapel opened on August 28th 1841. The occasion is described in the Primitive Methodist magazine of August 1841 by J Moore. It is transcribed by David Tonks in the attached document.

Names mentioned include W. Lonsdale (Bradford); J. Burroughs and Bro. Wilson (Superintendent).  The chapel was converted from three dwelling-houses. Was this in the same location – the hamlet of Dirt Pot – as the 1848 chapel in the light of the comment about the building at the rear of the 1848 chapel?

The 1841 chapel was soon not big enough  so in 1848 the society asked the agents of TW Beaumont Esq  for a bigger site which was granted.  The new chapel, measuring 33′ x 30′ inside, was opened on July 1st 1849. Opening preachers included  CC McKechnie (Sunderland) and W Sanderson (Doncaster) J Wilson wrote the account.