One of the founders of Primitive Methodism 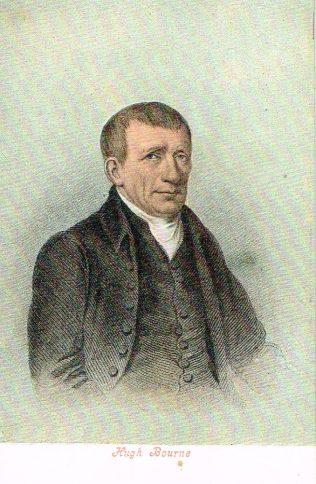 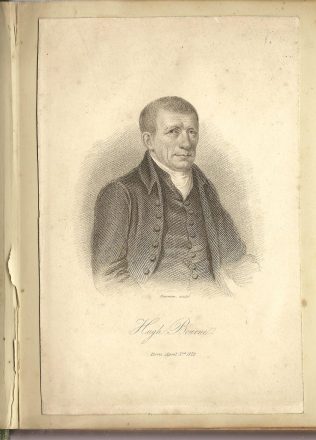 ‘THE LATE MR. HUGH BOURNE, OF BEMERSLEY. – On Monday, Oct. 11, Mr. Hugh Bourne, of Bemersley, near Norton-in-the-Moors, one of the founders of the “Primitive Methodist” body, and a laborious preacher of the gospel, departed this life in his 81st year. It being known that the deceased wished to be interred in the burial ground belonging to the society at Englesea Brook, eleven miles distant from Bemersley, the friends determined that the funeral should be public. Accordingly, on Sunday week, a procession was formed at Bemersley, which was headed by the singers from Pitt’s Hill Chapel, and funeral hymns were sung at intervals during its progress. The friends in vehicles went slowly, and those on foot formed in files that filled the high road from hedge to hedge. At the Stadmoreslow crossing, the procession was joined by friends, teachers, and children from Bradley Green chapel. When it approached Tunstall, it was met by a vast multitude; and in Tunstall Marketsquare there was a halt, and brief addresses were delivered to the people. In Tunstall, friends and the school children, more than 2,000 in number, then separated; and the procession turned through Clay Hills to Red-street. At the top of Raven’s-lane it was met by friends from Newcastle and the vicinity, and proceeded through Audley, and the road became very much thronged. At the chapel numbers were waiting from Sandbach, Burslem, &C. A meeting was held in the adjoining field, which was addressed by Mr. T. Bateman; and multitudes having taken a farewell look at the composed countenance of their departed friend, for which purpose the coffin was opened in the chapel, the interment afterwards took place, suitable addresses being delivered on the occasion. It is thought that from 15,000 to 20,000 persons must have witnessed or joined in the procession during its course.’

2. A biography of Hugh Bourne by his friend Thomas Bateman was serialised in the Primitive Methodist Magazine for 1853. It can be downloaded below.