Our Centenary - Stories of Persecution - Thomas Proctor - A Confessor 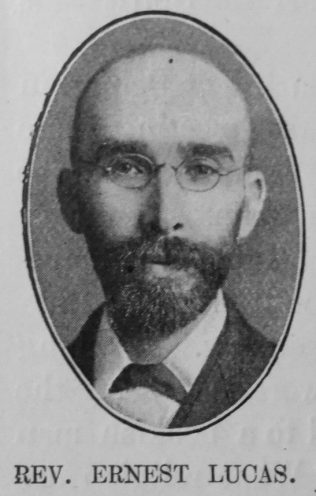 Transcription of article published in the Primitive Methodist Magazine by Rev E. Lucas

THE early Church first venerated, then worshipped the martyrs. Almost equal homage was paid to the confessors, those who had borne without flinching the fires of persecution, though they had not been tested to the point of actual martyrdom. Thomas Proctor may fairly be claimed as a member of that noble fellowship. None of the brave men who laid the foundations of Primitive Methodism has left a name worthier of remembrance. His soul was aflame with the ardours of Divine love. The abandonment of his devotion was absolute.

He was born at Skipton in Yorkshire, February 28th, 1802. His parents died when he was a child, and he was brought up among his relations, who were farmers, at Otley, another West Riding town. Here he grew up an irreligious youth addicted especially to the sin of profane swearing. In July, 1823, he attended meetings held by the Primitive Methodists. His deep convictions of sin were followed by a clear and evangelical conversion. The change in him was extraordinary. He was as thorough in his new life of holiness as he had been in his sinful career. In a few months he commenced with diffidence and many anxious questionings to exhort others, and was listened to with acceptance. Two years after he was sent as a travelling preacher to Blaenavon Circuit.

That circuit had established a mission at the Cwm, in the parish of Cloddock, in the south-west corner of Herefordshire, under the shadow of the Black Mountain. The Cwm was the name of a farmhouse, where dwelt a Mrs. Phillips, with her sons and daughters. One of these sons, Henry, became a Primitive Methodist minister, and filled with exceptional dignity the office of President of Conference in 1878. The district was one of great natural beauty, but the inhabitants were superstitious, suspicious and ignorant. Dissent was had in abhorrence.

Here Thomas Proctor was sent and here he spent the whole of his brief, intense, and memorably successful ministerial life. Naturally, among people who regarded him as a “false prophet,” he encountered fierce opposition. On one occasion, preaching at a village called Michael Church, he took his stand on an elevated piece of ground near the church. The bells were rung to interrupt him. Not succeeding in this way his persecutors kindled a fire, designing to disperse the congregation by its smoke, meanwhile pelting him with such missiles as came to hand. At that moment the wind changed, carrying in an opposite direction the smoke and the sound of the bells and he finished the service in peace.

The shopkeepers refused to sell him food. His friend William Towler, who the following year came to assist him in his mission, says: “He once informed me that some days his chief food was only what he could gather off the hedges, and the shade of some bush or tree was his study and place of prayer, till the evening arrived, when he would go forth into the villages and preach. . . It was not uncommon with him and his colleagues to be pelted with rotten eggs, foul mire, and stones. I myself have seen the stones strike his naked head even while at prayer.”

It was during this period that his vigorous constitution was undermined and the seeds were sown of the disease that led him to an early grave.

Persecution was borne with such sweetness and courage that it was conquered. Some families of social standing were joined to the infant cause, and, though the population was scanty, converts were numerous. Through such energetic and devoted labours, Cwm Mission soon became Cwm Circuit.

Mr. Towler says:— “I have heard scores testify of the deplorable situation of themselves and their country, previous to his coming, and with tears of gratitude in their eyes, praise God for sending among them such a burning and shining light as Thomas Proctor.”

It was no metaphor, but the sober statement of a fact to say of him that he hungered and thirsted for righteousness. He would fast two or three days in a week, and spend whole nights in prayer without ever lying down to rest. He spent regularly an hour in praying each morning and made it a rule when studying, writing, or reading to kneel and pray every half hour. He was fond of quoting Wesley’s saying: “He who lives not by rule, lives not at all.” His own time was rigidly apportioned and he had a rule for everything he did.

This may seem to some suggestive of a mechanical religion. They hear the wheels creak. But there was nothing of the mechanical or servile spirit in this man. His life was the expression of an ardent, love. “To hear him pour out his soul to God made one think, whence hath a man these things? .  . . It seemed as though he turned the whole Bible into words of adoration, confession, petition, supplication, thanksgiving, and glory. And all with such ardour, intenseness, pertinency and faith, that it seemed sometimes as though the heavens were open, and God Himself appeared in the congregation.”

In October, 1827, weakness compelled him to take a rest among his friends in Yorkshire. His illness rapidly grew worse, and on November 23rd he passed away in the twenty-fifth year of his age.

Mr. Petty, who followed on the track of his labours eight years later, in his “History of the Primitive Methodist Connexion” has pronounced a just and noble eulogy on his predecessor with which this brief sketch may fitly close. “His ministerial course was short but it was a glorious one. His talents were respectable, his piety profound, his conduct in all things exemplary. For deep humility, quenchless love for the souls of men, and intimate communion with God, he may be fairly classed with Brainerd, Fletcher, and Bramwell. It is affecting to think that a young man of his character, and of his physical strength, should have been brought to the grave in a little more than two years, through the hardships, privations, and excessive toils he endured in Herefordshire. He fell a martyr to his work; but he accomplished a wondrous amount of good in a little time, and left a name fragrant as ointment poured forth. The remembrance of his excellences will long continue, and the report of his exalted piety will descend to posterity.”