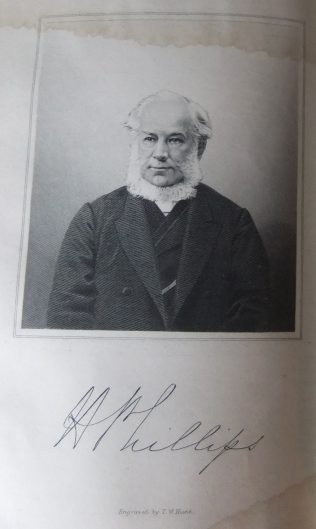 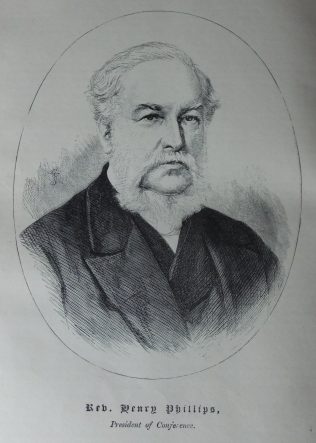 Henry was born in 1809 at Clodock, Herefordshire, to parents James and Elizabeth. He was baptised on 9 April 1809 at Clodock and Longtown, Herefordshire. His mother took in the first missionaries to arrive at Cwm. Henry was converted in 1825 at a class meeting held in his home. He went on the plan a year later.

As a young local preacher he teamed up with Thomas Powell, a young farmer. They studied together, recited their sermons to each other and gave free criticism.

Henry struggled with his calling to the ministry. As the eldest in the family he felt he was needed at home and in business. It was not until the death of his first wife that he became submissive to the will of God and entered the ministry.

Henry was President of Conference in 1878.

His obituary records that as a preacher, Henry was devout and reverent; avoiding anything showy and adapting his sermons to the capacity and condition of his hearers. He dwelt mainly on the practical aspects of life, and was in deep sympathy with those burdened with sin and suffering.

Henry married Ann Elliott (d1844), the daughter of a ‘well to do’ farmer on 13 September 1836 at Hereford.  Census returns identify two children.