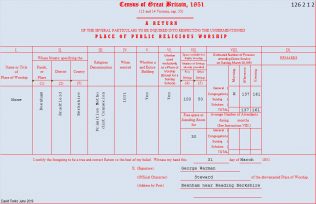 The chapel was rebuilt in 1862 and after union in 1932 continued as Beenham Methodist church. It was still marked on the 1970 1:2,500 Ordnance Survey map but by 2009 had been converted into residential use.