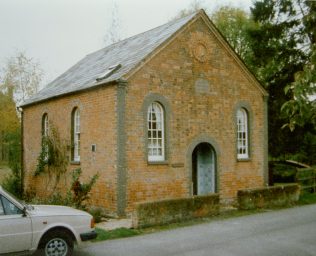 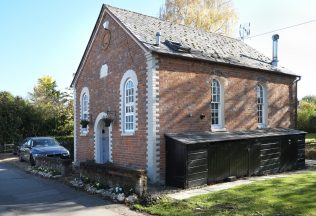 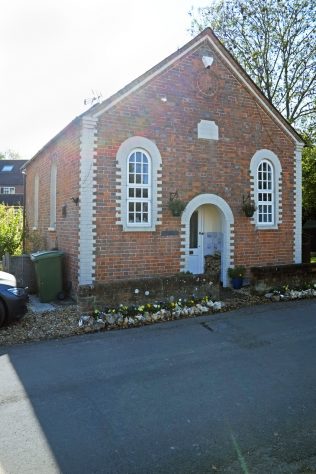 It cost £143 and measured 24′ x 19′. Opening services on September 30th 1860 were conducted by  Rev. T. Cummin and Mr. G. Moon. Thomas Smith tells us in the Primitive Methodist magazine that few attended the celebration tea meeting on the following Monday afternoon as the weather was fine and it was harvest time.

It closed before 1980 and at the time of Keith Guyler’s photograph in 1990 was awaiting disposal.

The 1947 Ordnance Survey one inch map (sheet 158, Oxford and Newbury) shows two places of worship in the village – the parish church and a chapel on Back Street, just to the east of the junction with Humphrey’s Lane and on the opposite side of the road.  I wondered whether this was the Primitive Methodist chapel but was unable to find it on Google Street View. However, thanks to Dave Knight’s comment below, the Primitive Methodist chapel is confirmed as being on the other side of the river on Front Street. Google Street View in September 2011 shows it in residential use as The Chapel.  It retains its date tablet.