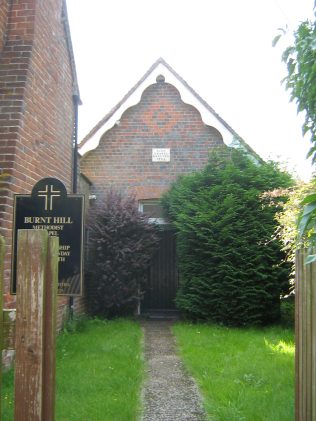 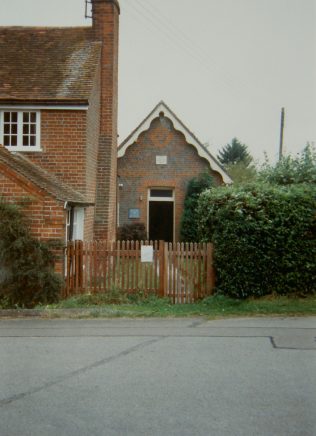 At the time of the 1851 religious census, the Primitive Methodists were holding Sunday services in a cottage at Burnt Hill, which was not used exclusively for religious worship. It attracted a congregation of forty. The census return for that Sunday was signed by a local preacher, George Merritt, who lived in Burnt Hill (or Burnthill) and was an agricultural labourer.

In 1864 the chapel in the photograph was built and named Zion. It contains a portrait of the well-known and widely influential Primitive Methodist minister, Isaac Nullis, born nearby at Ashampstead in 1828, who brought many people to faith in Christ and thereby much glory to God.

Zion is still in use as a Methodist chapel two Sundays a month.