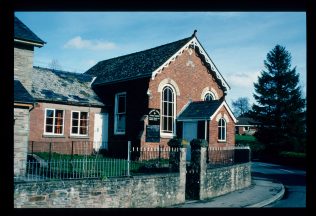 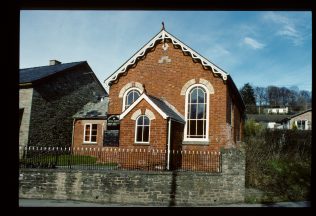 Wikipedia describes Ewyas Harold as follows. Ewyas Harold is a village and civil parish in the Golden Valley in Herefordshire, England, near to the Welsh border with present day Monmouthshire and about half way between the towns of Abergavenny and Hereford.

The Herefordshire Through Time website describes the chapel as follows.

A Chapel that is marked as “Primitive Methodist” on the 1st Edition OS map. The building is of red brick with a low-pitched slate roof. At the front there is a small slate-roofed porch with a round-headed window on either side. Above the windows are yellow brick dressings. An extension appears to have been added to one side.

The chapel is still in use as a place of worship today.

The chapel remains open (2015) and is within the Shropshire and Marches Methodist Circuit.