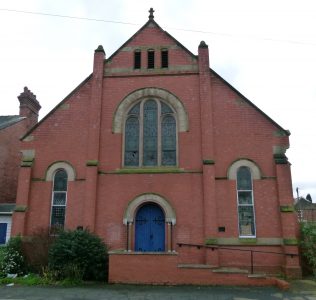 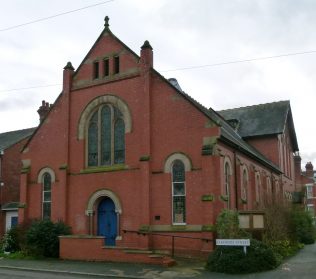 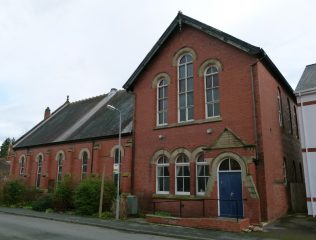 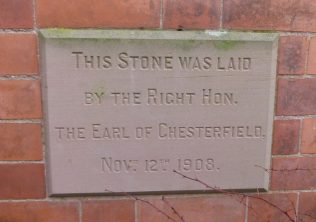 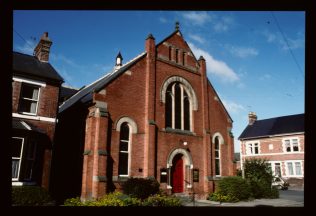 The Chapel was built in 1902 to replace the smaller one in Clifford Street very near by. An opening date has yet to be found.

The building work for the new Sunday School building at the South end of the Chapel commenced in 1908 with a memorial stone laid by the Earl of Chesterfield on November 12th 1908.

The Sunday School was opened on Thursday 22nd April 1909, with a ceremony of unlocking the front door performed by Mr W Adams of Birmingham. The building consisted of an upper meeting room for 230 persons, Sunday School room for 150 children and a basement with store and boilers. The builder was Mr T Hiles. The architect for both Chapel and Sunday School was Mr W Robinson. A very full account of the opening appeared in the Hereford Times of Saturday 24th April 1909.

In October 2012 the Methodist Church proposed the selling off of the pews for £250 each to support the work of the church and EnviroAbility charity. The project was to allow people to choose and buy one of its Victorian seats to use as furniture in their own homes and then have it cut to size and adapted into a unique and functional piece of furniture that incorporates an element of local history and, perhaps for some, personal memories.

In early 2014 the buildings do not appear to be in use and vandalism of the windows has begun as shown in the front elevation.

Herefordshire Through Time web site has no results.

On the 1904 OS Herefordshire 1:2,500 map the building is marked as Methodist Chapel (Primitive).

On the 1929 OS Herefordshire 1:2,500 map the building is marked as PrimitiveMethodistChurch.