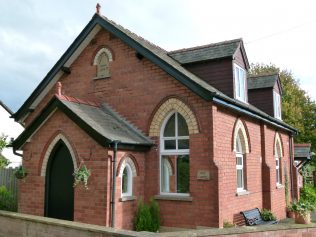 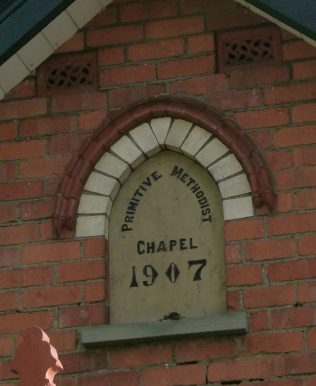 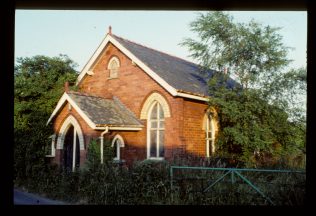 In 2013 this is still a very neatly converted dwelling.

There was a society of eight members in Ivington and Newtown in 1848, and an earlier chapel probably existed as there were two services each Sunday in 1882. By 1884 the members numbered only five but this must have improved as the present chapel was opened in 1907. The foundation stone was laid by Mrs. G. Page, the Mayoress of Leominster. The Reverend James was the minister and the chapel was built by J. Watkins and Sons. The land had been donated for use as a chapel site by Mrs. Hurry and her sisters.

In 1944 there were 15 members. The chapel was later closed with its last services being held in January 1975.

This chapel is now in private ownership and has been sensitively converted into a small house.

Kelly’s Directory 1913 Hfds, P 141. LEOMINSTER – IVINGTON. The Primitive Methodist chapel was built in 1907 and will seat about 90 persons.

On the 1928 OS Herefordshire 1:2,500 map the building is marked as PrimitiveMethodistChurch

On the 1973 OS Herefordshire 1:2,500 map the building is marked as IvingtonMethodistChurch.