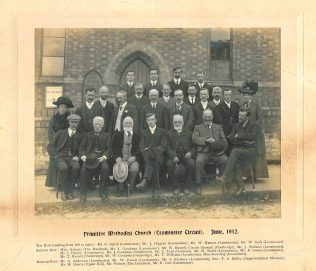 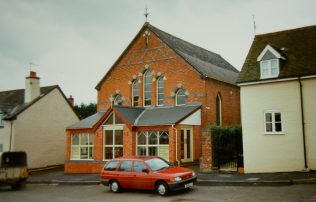 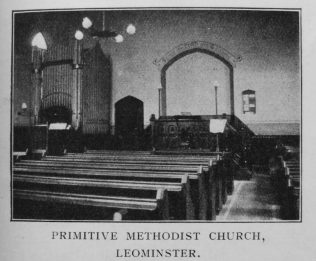 Open air services began in 1821, when the first Primitive Methodist missionary arrived in Leominster and began to preach in Corn Square.  Mr Lloyd faced strong objection, and was moved on by Dr Lewis, the bailiff, to Bargates. This may have been Samuel Lloyd, one of the earliest PM itinerant preachers who was at Hopton Bank in 1825.

Mr Lloyd stayed in Leominster, and a class was formed in 1822.

A room was rented where services were held, and the first ‘society’ or church was etablished in 1825. The Primitive Methodists held meetings in many different buildings around the town, including houses in New Street and Burgess Street, a room in Bridge Street and an old building in Broad Street thought to be on the site of the old Corn Market.

In 1839, the first chapel was built in Green Lane, which became known as the Green Lane Room.

The old chapel was now too small for the growing congregation, and it was decided to build a larger one next door.

In the early 1990s a large brick porch the width of the original building was added, which can be seen in the photograph taken in 1993.