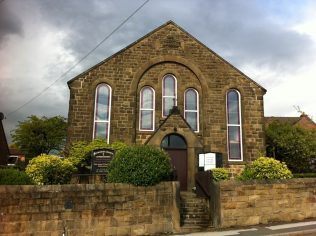 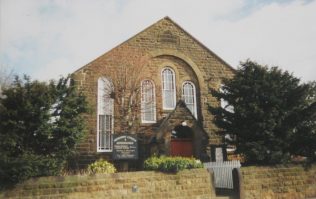 However, the 1877 1:2,500 Ordnance Survey map shows two Primitive Methodist chapels – the 1879 on one pictured here and one called Ebenezer which was located at the junction of Barrack Road and Chapel Lane, almost opposite the junction with Quarry Road. There is an account by TE Page of the opening of what I take to be this chapel in the Primitive Methodist magazine of 1862.

He tells us that the village had been missioned some thirty years previously. A plot of land was bought from Mr Ward for £10 and J Sharman laid the foundation stone of the new chapel on June 24th 1861. Opening preachers at the services and tea for 150 included Messrs. J. and W. Sharman, (father and son, both natives of the village), W Sapcoat and W Thomas.

On the site now are old cottages; do they include the former chapel?

The 1874 Primitive Methodist magazine tells us that  Apperknowle Primitive Methodist  chapel was one of five chapels in the Chesterfield circuit that had cleared its outstanding debt. Not only that but they were raising funds for a new and much larger chapel. It appears that in 1879 they were successful.