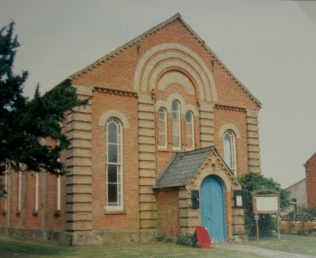 Metfield Primitive Methodist chapel originally dates from 1866.  The chapel in Keith Guyler’s photograph dates from 1896.  Its seating increased from 50 to around 200 people.

By the time of his photograph in 1988 it was still in use.  On Google Street View in 2009 and 2011 it was in use as a house. The story of its conversion was told in the East Anglian Daily Times.