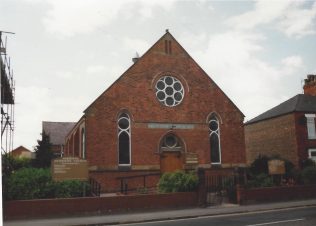 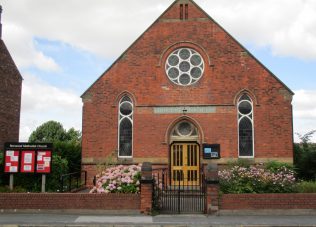 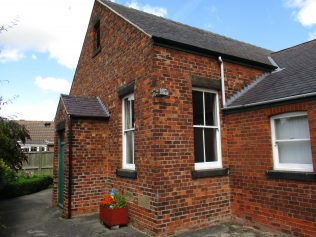 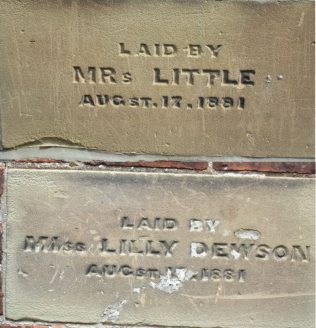 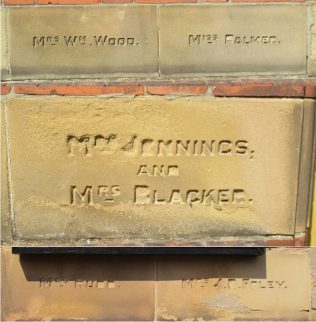 Colin Dews tells us that the architect of the 1901 chapel was J.C Petch,  of Scarborough.

The current chapel is built in front of the 1881 chapel.  Some of the date stones are shown in the pictures here, but others are badly eroded by weathering.